easyJet's shares fell the most in a single day since 2004, tumbling 16.2% as investors fled the stock following a warning from the LCC that first half losses could double from last year.

According to a statement: "The usual first half loss is anticipated to be between GBP140 million and GBP160 million, compared to a pre-tax loss of GBP78.7 million in the same period last year." It cited poor weather, resulting in flight cancellations and rising fuel costs for the worsening near term outlook, even though forward bookings are in line with the prior year. easyJet noted that "poorer than expected performance of checked bags has meant that total revenue per seat on a reported basis is likely to be down a couple of percentage points compared to the first half of last year".

Unit revenues in the second half are however to "remain robust" and the carrier's full-year expectations "remain broadly unchanged".

Investors were also concerned by comments from the carrier that the economic outlook in Europe remains "uncertain" and the higher market price of fuel will "inevitably put pressure on margins in the short term". 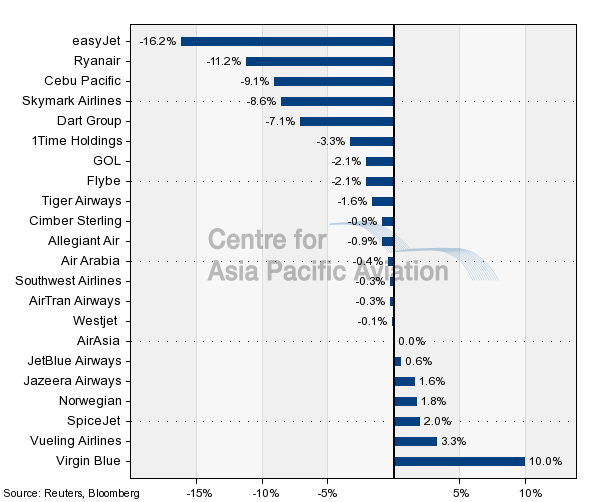