easyJet losses narrow for 1H2010 due to lower fuel costs

easyJet shares (-4.2%) suffered the biggest loss of the day of the LCCs tracked by CAPA's Peanuts! Daily after reporting a narrowed net loss of GBP58.9 million for the six months ended 31-Mar-2010, compared with a loss of GBP116.5 million in the previous corresponding period.

Losses before tax were lower than expected, at GBP78.7 million, compared with GBP116.5 million in the previous corresponding period. According to Dow Jones, analysts had expected the carrier to report a pre-tax loss of GBP80 million to GBP95 million.

The carrier stated the improvement was driven by a unit fuel cost decrease equivalent to GBP80 million, partially offset by lower interest income of GBP11 million and GBP25 million of lost contribution and additional cost due to unusual snow disruption. 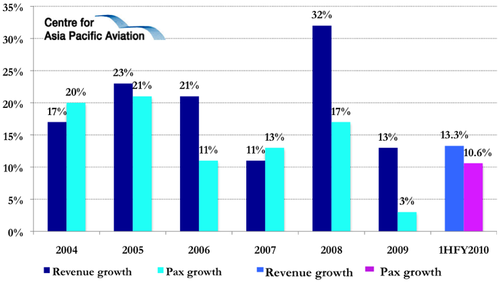 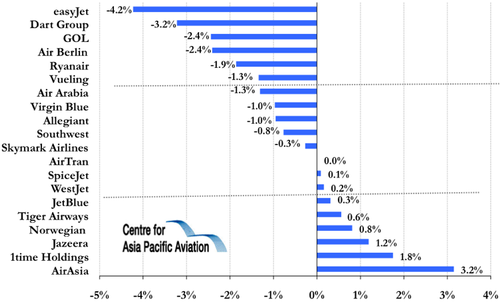