easyJet will not be permitted to operate into Cairo unless it departs from its single-class, no frills model. The airline has held talks with Egyptian authorities since late 2010, who are reportedly insisting that the carrier offer two-class service and amenities such as free on-board food and a staff member to collect airport taxes if it wants to operate to Cairo.

easyJet was in negotiations with Egyptian authorities for access to Cairo prior to the Dec-2010 unrest in the country, which eventually lead to the overthrow of the Mubarak government. Egyptian authorities have been scrambling to help the tourist trade recover since the civil unrest.

easyJet already flies to Sharm el Sheikh, Luxor and Hurghada in Egypt, but had been hoping to link Cairo with its hub at London Gatwick. Several LCCs already operate into Cairo, although all offer two-class service.

easyJet recently took delivery of its 200th A320 family aircraft, becoming the world’s youngest and quickest airline to reach a fleet of 200 Airbus aircraft. easyJet has gradually phased out its B737 fleet in favour of the A320, and has only a few B737-700s left, which will depart its fleet in Nov-2011.

The London Stock Exchange and US markets were closed on 30-May-2011. 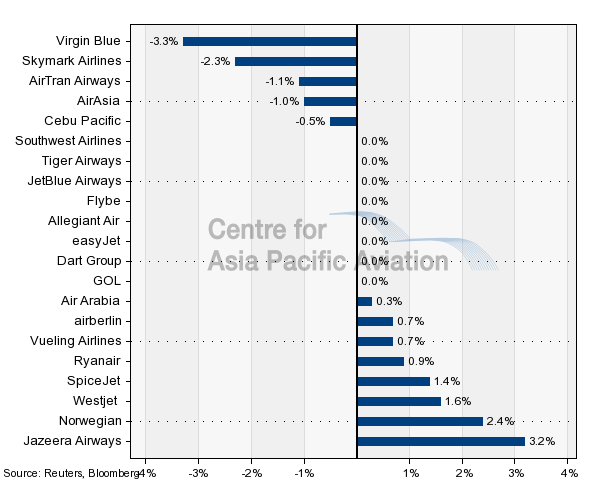