Meanwhile, a Seattle Times report has revealed that two unnamed Boeing executives believe EADS could win the US tanker contract after the Air Force mistakenly sent analysis of the two bids to either side of the competition.

Other manufacturers traded down, with Boeing dropping 0.5% and Embraer losing 0.6%. Shares in Bombardier were flat, despite the company announcing a major tie-up with China for its rail division. Russia’s United Aircraft Corporation was up 1.8%.

GKN Aerospace dropped 0.7%, despite more positive news from the company. It announced the extension of a deal with Airbus UK to provide engineering design and analysis support. 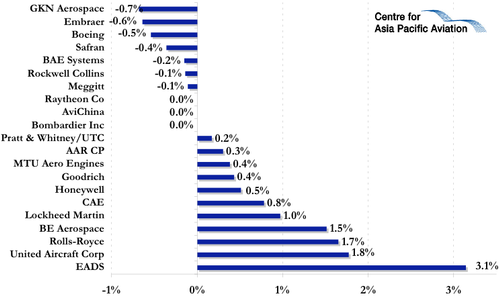 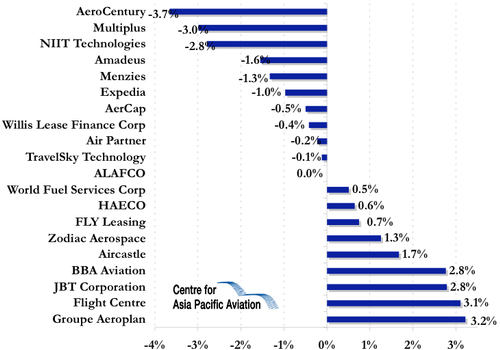