North and South American carriers’ stocks rebounded on Tuesday (22-Dec-2009), as analysts at UBS raised their price targets for a number of carriers and oil prices dropped.

Oil prices fell 0.07% to USD73.77, as oil-producing countries elected to leave production volumes unchanged. As a result, the AMEX Airline Index rose 4.6%. Stocks were also assisted by gains in the wider market, with the Dow ending trading up 0.5%.

UBS analyst, Kevin Crissey, increased his 12-month price targets and profit forecasts for a number of North American carriers during trading. According to Mr Crissey, even if passenger traffic does not continue to improve, airline revenue could increase 1.5% year-on-year in Jan-2010 and 4.5% in Feb-2010.

2010 profit forecast for the following carriers are as follows:

Delta and United rise to highest prices in 11 months

Both carriers’ stocks have been increasing since early Nov-2009, as investors see signs of the start of a recovery from the global financial downturn. 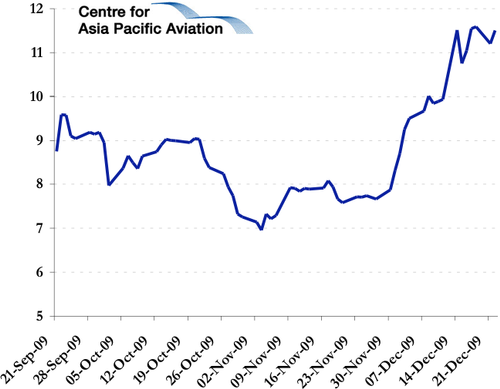 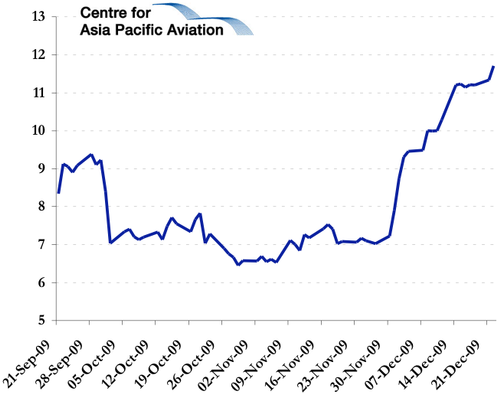 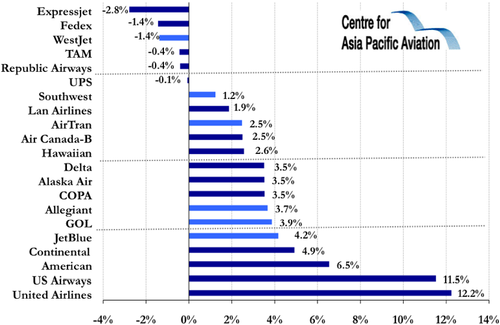