The dramatic capacity cuts outlined for the second half by Delta impressed analysts, especially its actions on the North Atlantic, during yesterday’s earnings call when it announced a USD198 million profit on USD9.1 billion in revenues compared with USD467 million on USD8.1 billion in revenues.

Even so, it was clear analysts remained frustrated with the rest of the industry. They congratulated Delta’s aggression in this arena but seemed desperate for guidance from CEO Richard Anderson on how to get the rest of the industry to be as aggressive. All Mr Anderson, who seemed equally frustrated, could do is repeat the company’s mantra that market share at the price of profitability is not going to happen at Delta.

“We are really focused on free-cash flow,” he said. “We know our fuel prices will go up and if you assume that trend is here to stay, focusing on market shares at a cash loss is not good for our shareholders. We are focusing on capacity that generates cash flow.”

“Looking at the return profile,” said Morgan Stanley’s Bill Greene, ”you can’t do much to fix the industry structure. How much patience should play out before we go back to consolidation?”

Mr Anderson said the the industry is only three-quarters of the way there in terms of having a profit that will afford a return on invested capital. “The biggest pressure is fuel and that is going to continue but we are determined to continue to focus on free cash flow to put on the balance sheet. We are determined to make progress on our returns for shareholders.”

He reported that, with two-thirds of August booked, it looks better than going into July and expects to take a bump in yields once capacity starts coming out in September. The company also said that Japan will be back to historical levels by year’s end which US point-of-sale picks up with traffic and exports to rebuild devastated areas. The company reported that the March earthquake cost it USD125 million in the quarter.

Delta is getting USD4 million to USD5 million daily in additional revenue from the expiration of the government’s authority to collect excise taxes. While Congress has suggested those monies be put in escrow signaling it will try to restore the revenue to the trust fund, what airlines are collecting is not a tax but is a fare increase. General Counsel Ben Hurst said he’s seen Congressional comments but does not know what Congress expects the industry to do. He added that Delta was not planning to do anything in response.

It’s aggression means a 4-5% capacity cut for the December quarter, year on year, down an incremental one point from previous guidance. Indeed, Delta has been doing that all year, reducing its guidance to counter fuel. It is focusing on markets where revenues do not cover costs, dropping them. Domestic capacity will be down 1-3% and international will be cut 4-6%.

Capacity on the trans-Atlantic has been cut dramatically in conjunction with Air France/KLM and Alitalia for a 4-6% Delta reduction and a combined reduction of 7-9% for the fourth quarter. Capacity will be down 20% in the fourth quarter from summer levels most of which will be permanent cuts.

For the third quarter it expects an operating margin between 7-9% with system capacity flat while domestic drops 1-3%. International will be constrained to 2-4% growth. Delta is targeting an 8% uptick in RASM for the third quarter.

It is accelerating plans to rid itself of 140 old aircraft including all of the DC9s and Saab turbo-prop fleets along with another 60 50-seat RJs. Half will exit the fleet this year which will contribute to a USD250 million savings in maintenance for the second half. The rest will be out of the fleet by the end of 2012.

It continues to cut non-fuel unit costs with of goal to getting to 2010 levels by the end of the year or about USD 8.08 cents. Some 2000 employees opted for its early out program coupled with a reduction in its airport footprint around its system amounting to 1.2 million square feet of facilities in Atlanta and Minneapolis.

Finally, it is also cutting distribution costs. Delta put significant investment in its website to move more traffic to book on Delta.com. Mr Anderson reported the web site now tops other distribution channels at 37% of all bookings. The changes make it more functional and easier to use and he reported the company has seen a 400-basis-point improvement in share.

It has already terminated 21 small OTAs and is pursuing an American-like strategy in which it controls its content. It changed contracts so that itineraries combined fares – one from Delta and one from another carrier – are not displayed as a Delta itinerary because Delta ends up getting the complaint even if the other carrier or the OTA is at fault. It has also signed a Farelogix agreement for Direct Connect and has been successful in changing the way meta search works driving searchers directly to Delta.com rather than an online travel agency.

Mr Anderson clearly threw down a challenge to distribution channels saying that costs cannot exceed what it costs for it to distribute via Delta.com. “As a practical matter,” he said, “OTAs are only important if they add value to the value chain. Today they are more of a commodity than a value add proposition and that is where Delta.com gives us an advantage.”

As with the rest of the industry, Delta reported rising revenues, a 12% increase to USD9.1 billion over 2Q-2010 while operating revenue jumped 13%. PRASM increased 10% driven by a 12% improvement in yield partially offset by a 1.3-point decline in load factor.

RASM was up 6% in April, 14% in May and between 9-10% in June. July is also tracking at the June level. It will remain in the high single digits through the remainder of the year. It reported corporate revenues were up 24% for the second quarter.

Along with the cut in distribution costs, Mr Anderson recounted how the company is adapting to higher fuel, which, he said, is expected to go higher by year’s end. It is using fare increase and fuel surcharges coupled with revenue initiatives to recover fuel costs increases and wants to ensure rising revenues recover more than the 70% in higher fuel that was recovered in the second quarter.

Expenses were exacerbated by an additional USD1 billion in fuel costs for the quarter. The company expects to bring down maintenance costs by USD250 million in the second half compared to the first half.

Regional revenues also rose to USD6.2 billion up 10% while connection carrier costs rose 13% to 1.4 billion in capacity purchase payments, making the Delta Connection program the most lucrative among the legacies.

Despite the grounding of its cargo fleet, cargo revenues increased 25% in the quarter on higher volume and yield.

Other revenues were up only 5% to USD998 million owing to lower bag fees which were down USD30 million largely from elite and credit card affiliate fliers who do not pay such fees as well as the fact volume was down.

Owing to the tweaks it is making to its web site and the efforts it is making on reducing distribution costs, Delta is expecting other revenues to increase on e-commerce sales.

Delta, too, was unimpressed with American’s order preferring instead to continue its focus on delevering the balance sheet by paying down net debt with a goal of reaching USD10 billion.

Questions posed to Mr Anderson characterized American’s order in terms of value destruction which he said point blank he would not do. Indeed, Delta is biased toward ownership in order to keep the residual value and will be making a “modest” -- described as living within its means -- purchase strictly for replacement in order to improve the profit and loss (P&L) statement. The airline is riddled with 30-year-old aircraft which require a lot of cash for maintenance. What it needs to do is eliminate that cost.

“If taking a modest number of airplanes can improve the P&L we will do it, if not we won’t,” he concluded. “Let me be crystal clear about this. We are not buying shiny new objects. Our goal is improvement in the P&L with a modest order. If you can take down maintenance costs with more efficient operations you get an improvement in CASM and if you stay with the goal of USD10 billion in net debt you get an improvement in the P&L if you integrate in the right way and take out the much higher cost airplanes. And that is conditioned on owning, not leasing.” 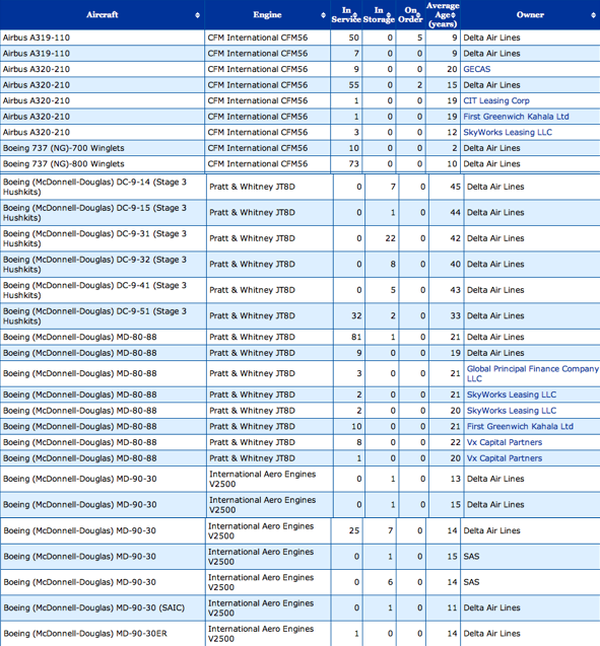 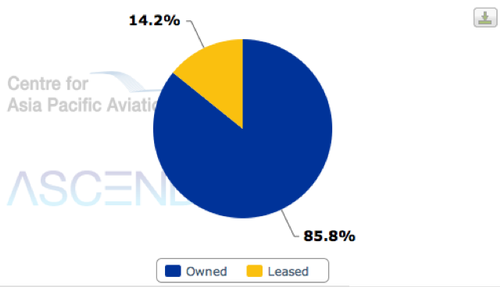 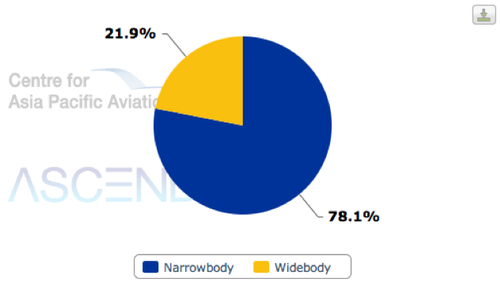 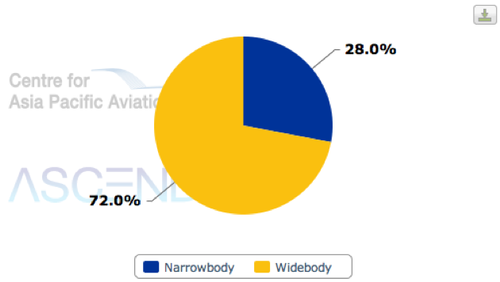