Upon completion of the transaction, which is subject to authorisation from authorities in Mexico, Chico Pardo will own 100% of ITA and all of Asur's BB shares. CPH will no longer have an agreement to act as Key Airport Partner in ITA, whereas the current Technical Service Agreement will be continued in 2010. CPH stated the effect on profit in 2010 will be in line with the forecast, while the expected effect on profit before tax is up to DKK400 million. The proceeds are expected to be used to pay down debt.

Speculation has now shifted to whether MAp Group, which holds a 16% stake in ASUR and 31% of CPH, is also preparing to sell its stake in the Mexican airport operator. MAp stated only this week that it “welcomed” CPH’s sale of its interest in ITA and that the move was “consistent with CPH's overall strategy of seeking to realise attractive values for its non-core assets”. 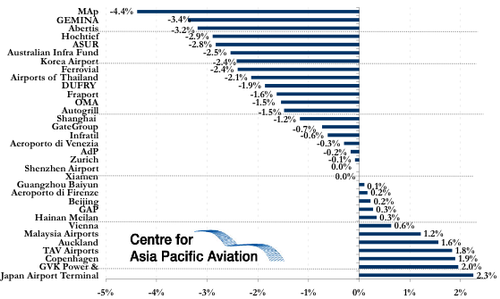