After heavy falls on Monday, North and South American carrier stocks rebounded modestly on yesterday (19-Aug-09), as broader stock indexes, including the Dow (+0.9%) rose, due to better than expected earnings reports by some retailers and improved housing market figures.

GOL (+9.6%) rallied on the day, as a result of Banco Santander SA raising its rating on the stock to “hold” from “underperform”.

Several North American carriers also witnessed stock price increases on Tuesday, following a raising of target prices by UBS, due to better than expected Jul-2009 and Aug-2009 revenues, and expected narrower losses for 2009. Stock price recommendations were as follows:

Copa Holdings (+3.3%) was also up, potentially as a result of being listed on Cabot Wealth Advisory’s Top Ten report, stating the carrier has a record of good growth. 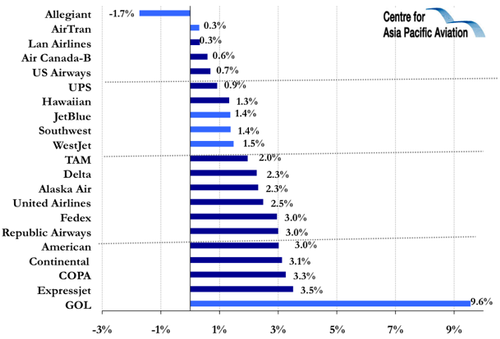 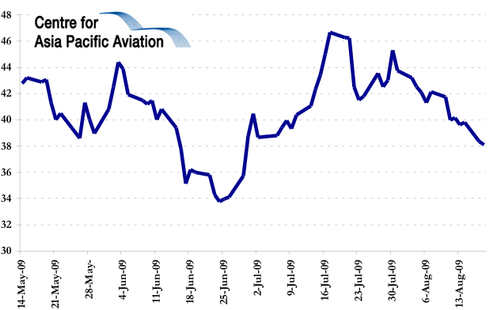