Following the release of the traffic results, Continental Airlines’ stock climbed to its highest level in almost 12 months in New York trading. 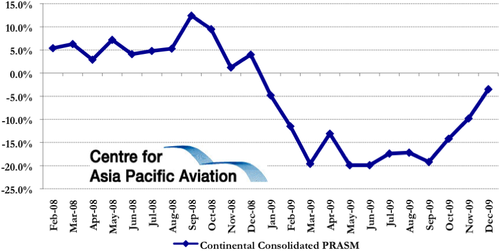 Looking at a two-year range, Continental’s Dec-2009 RASM was back in positive territory for the first time in 12 months. 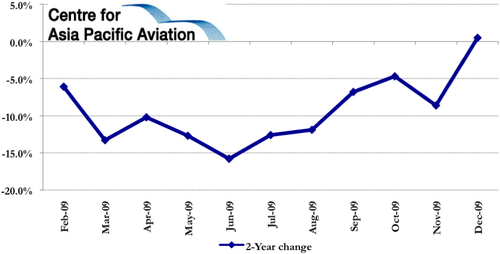 Domestic load factors gained 1.1 ppts to 85.1%, with international mainline load factors rising 5.2 ppts to 81.9%, meaning that all four Dec-2009 load factors were records for the month.

The load factor improvements occurred despite Continental increasing consolidated capacity (ASMs) by 2.1% in the month, while traffic (RPMs) was up by 6.0% (mainline capacity was up 2.3% with traffic up by 6.3%).