American Airlines (-2.0%) reported a March load factor of 81.7% - an increase of 2.6 ppts year-on-year. The carrier does not disclose its monthly unit revenue performance.

US Airways stated its passenger revenue per available seat mile rose about 18% in Mar-2010, including regional services. US Airways’ load factor rose 1.3 ppts to 82.6%.

US Airways issued updated capacity guidance for 2010, saying that while system capacity will be up only slightly, mainline will rise only 1% compared to a decline of 2% for domestic and a jump of 9% for international. Express is expected to be down approximately 2%-3%. The airline expects its ancillary revenues to generate more than USD500 million this year.

Cost per available seat mile (ex fuel, special items and profit sharing) rose one percentage point during the first quarter, due in part to the February storms when the company cancelled approximately 7.1% of its flights. But CASM is expected to be between -1% and 1% for the year.

Express CASM (ex fuel) is expected to increase a percentage point on the winter storms in February. For the entire quarter it will be up between 4-6% and between 1-3% for the year. Express ASMs will reach about 3.3 billion in 1Q2010 and 14 billion for the year.

Some senior United flight attendants could get 10%+ pay raises if the union accepts an offer from the company that would put flight attendant pay at parity with those at Continental. The move could trigger renewed merger speculation between the two airlines, although both have said they are in a wait-and-see mode pending a conclusion on how successful the Delta-Northwest deal is.

The offer was sent by letter from United's Senior Vice President for Labor Relations Doug McKeen, on Saturday, in which United admitted that year-long negotiations were “headed down the wrong path.” The move follows Continental offering its pilots a new contract based on that agreed to at Delta.

The increased pay for senior attendants would be in exchange for work rule changes including more flexibility on hotel accommodations a change in benefits which would be reduced for FAs trading away their flying time, according to the letter.

"The reason Continental can afford to pay these rates is that Continental currently enjoys significant advantages over United in the areas of work rules and benefit costs," McKeen wrote in the letter dated Saturday and released on Monday.

Skyservice Airlines, a Canadian-based charter carrier, shut down abruptly last Tuesday, affecting the plans of passengers who had booked through tour operators. It also left so much confusion in its way that Skyservice Business Aviation Inc was forced to issue a statement saying the Canadian fixed base operation is operating normally and has nothing to do with the airline.

The Globe and Mail reported that a receiver was appointed in the Ontario Superior Court of Justice to see to the liquidation of the company. SunwingTravel Group merged with Skyservice client Signature Vacations recently and then sought cancellations of the Skyservice contract which was to run through 2013. Sunwing flies its own aircraft.

SkyService was founded in 1986 and had 1,200 employees at its peak, although it said about 860 jobs would be lost, according to the newspaper, which operated 20 aircraft, including A330s, A320s and B757s. It had more than CAD8.8 million in debts. Its schedule included 25 daily flights from Toronto and other Canadian airports. The company has requested, and the receiver has agreed, to work with the company's tour operator customers and other lift providers to ensure that passenger issues are resolved promptly.

Skyservice Airlines and the receiver are committed to winding up the business in an orderly and responsible manner, said the airline in its statement. The company and the receiver will continue to "treat employees and other stakeholders fairly and in a transparent manner throughout this process". 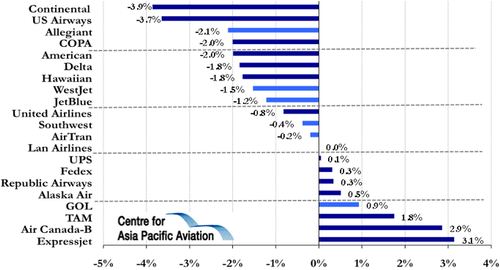