The country’s aviation sector has changed during the past couple of years as LATAM Airlines Colombia has debuted a new pricing structure and Copa Colombia has transitioned to a low cost airline, Wingo. Those changes have occurred as Latin America’s airlines are adapting to low cost airline growth in the region.

There’s still much runway for passenger stimulation in Colombia’s domestic and international markets, but similarly to many countries in Latin America, Colombia could risk jeopardising air passenger growth through a passenger fee proposed by Bogotá’s mayor, which would levy a new tax on passengers to fund investments in road infrastructure.

Colombia posted a rare 3.3% decline in domestic passenger growth in 2017, driven in part by a 51 day pilot strike at the country’s largest airline Avianca.

Although the smaller carriers EasyFly and Satena hold smaller shares of Colombia’s domestic passengers, those airlines logged passenger growth of 2.8% and 5.3%, respectively.

Even as Colombia’s passenger levels fell in 2017, passenger growth in the country’s domestic sector has grown significantly during the past seven years. During 2011, Colombia’s airlines transported 16 million passengers.

Colombia domestic passenger levels from 2011 to 2017

LATAM and Copa adapt to sustain competitiveness in Colombia

With Wingo’s transition, the establishment of another Viva franchise in Peru and a new ULCC JetSMART debuting in Chile, LATAM Airlines Group has adopted product segmentation in six South American domestic markets – Chile, Peru, Brazil, Argentina, Ecuador and Colombia. The project began in 2017, the company offering basic economy-like fares in those markets that are 20% cheaper and projecting 50% passenger growth on domestic routes in its South American countries by 2020.

Colombia represents approximately 4% of LATAM’s revenue-based point of sale (according to company data for the 12M ending Sep-2017), but with VivaColombia continuing to grow its market share, LATAM needs a strategy to capture passenger growth in Colombia’s domestic market. LATAM Airlines Colombia’s traffic grew 6.6% in 2017 on 3.3% capacity growth, and its load factor increased from 80.8% to 83.4%.

Copa’s goal with Wingo was to transform its loss-making Colombian operations, and the company is pleased with the results. Wingo’s operations are titled toward international operations, and Copa executives have stated that while the new low cost brand represents just 2% of its revenues, the airline’s performance has exceeded Copa’s expectations both financially and operationally. 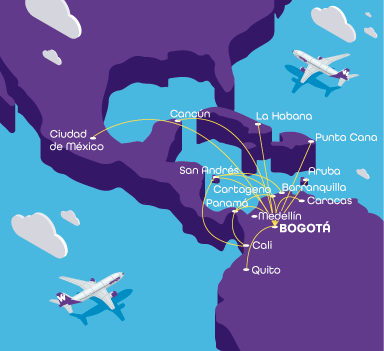 But Colombian airlines could face a setback from a proposal by Bogotá’s mayor to levy a USD2.88 tax on domestic passengers traveling through El Dorado International airport, as well as a USD5.00 fee for international passengers, to fund road infrastructure.

The Latin American airline association ALTA has warned that the move could jeopardise the competitiveness of Colombia in Latin America. The association has said that El Dorado is the third largest airport in the region, handling more than 30 million passengers per year. “Increasing the airport’s taxes would negatively affect competition and the potential [of El Dorado] to become a regional hub compared to airports in nearby countries such as Panama”, the association stated.

The World Travel & Tourism Council (WTTC), in a recent study, calculated that international spend represents 41% of Bogotá’s tourism revenue, and has concluded that the city has a greater reliance on international visitors than several other cities in Latin America, including Buenos Aires, Rio de Janeiro, Lima, Santiago, and Brasília.

ALTA noted the success Colombia’s government had achieved in driving benefits for the country’s air passengers, including Aeronautica Civil de Colombia’s role in reducing airport taxes at Cartagena in 2015. “With this tax reduction, the city of Cartagena got a great jump in air traffic and tourism development,” said ALTA. “Resulting in more supply and demand, more opportunities for more people to fly, and direct benefits to Colombian economy.” Cartagena’s passenger numbers increased by 15% and 12% in 2015 and 2016, respectively. 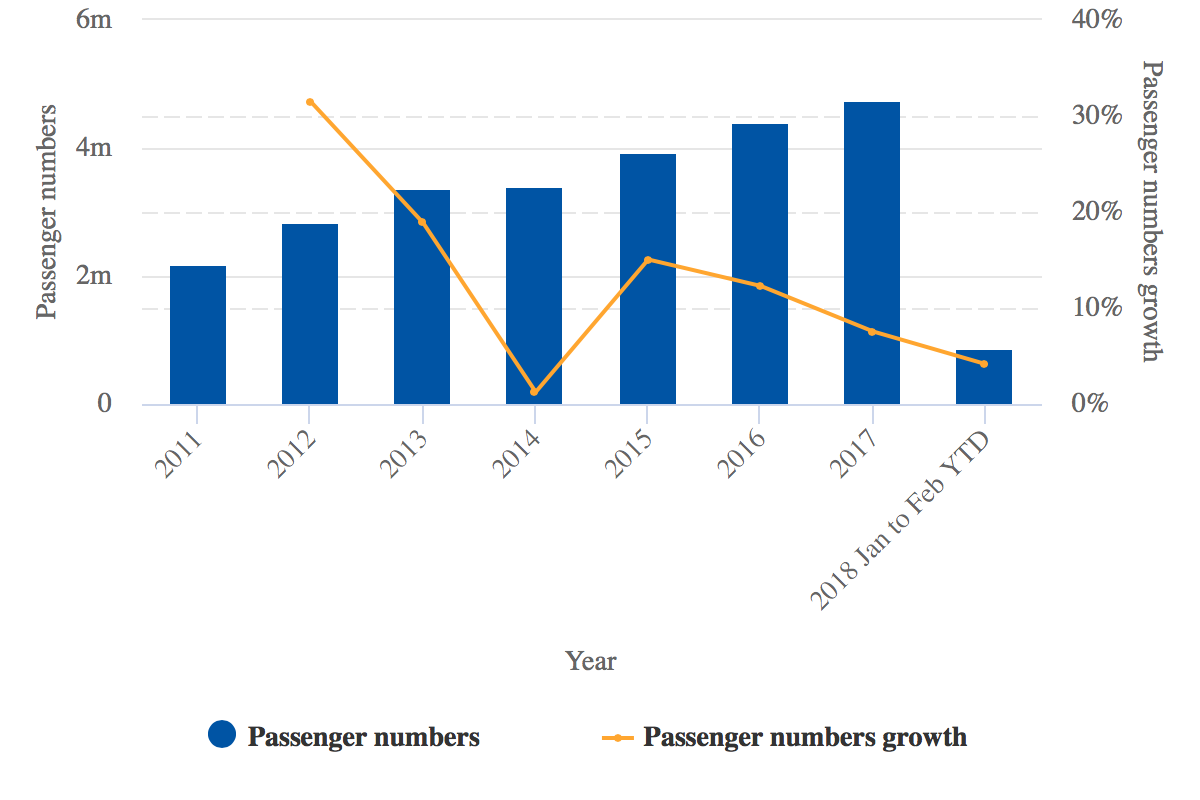 VivaColombia has publicly opposed the proposal to levy taxes on passengers traveling through Bogotá, warning the fees could reduce passenger levels by 902,000 per year. The airline has reiterated IATA’s statement that “Colombia is the third country in Latin America to have the highest amount of taxes on air tickets after Venezuela and Argentina”.

Similarly to many markets in Latin America, much untapped passenger potential remains in Colombia as it has reached new levels of political and economic stability. The country continues to log solid growth in international visitors, with international passengers growing 6% year-on-year in 2017.

But high taxation on the country’s airlines and air passengers threatens to weaken Colombia’s aviation industry and its economic contribution to Colombia’s GDP. The latest proposal to levy taxes on Bogotá’s air passengers shows significant challenges remain in convincing governments in Latin America about the benefits that aviation can contribute to the region.