CAAC reported a 523% surge in industry profits in Feb-2010, to CNY2.1 billion (USD303.1 million), due to significant increases in passenger and cargo traffic attributed to the Chinese New Year Holiday period. Airline profits surged 1.458% to USD253 million, with airport profits up 345% to USD16 million.

The improved financial and traffic performance in the month was largely a result of the two-week Chinese New Year period falling a month later in 2010 than in 2009, although, as noted by Cathay Pacific, “a general pick-up in the quality of demand since the lows of last year’s economic crisis has continued”.

The traffic results of the Chinese, and Taiwanese, carriers, were positively affected by this holiday traffic, with Air China, China Southern and Taiwan’s China Airlines all reporting improved traffic results (on 15-Mar-2010) in Feb-2010: 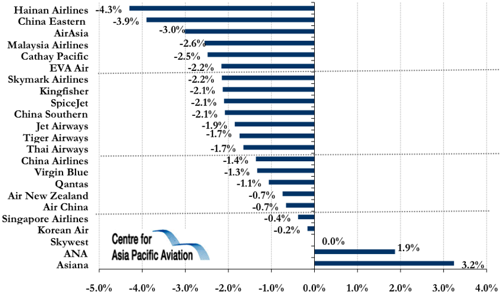