Chinese airport shares showed gains across the board, as Beijing Capital International Airport reported strong passenger growth for the first month of the year. Traffic at the airport was up 13.6% in the month, to 6.2 million, while aircraft movements rose 7.6%.

Shares at Beijing were up 1.7%, while Guangzhou Baiyun rose 2.8%, Xiamen was up 3.1% and Shanghai International Airport Corp rose 3.9%.

In Korea, shares in Korea Airports Corp (KAC) rose 1.9%. The company announced it will sell Cheongju Airport to a private bidder, with two bids having already been submitted. KAC plans to complete the transaction by the end of Jun-2011. KAC also stated 11 of the 14 airports it operates are losing money, with only Gimpo, Jeju and Gimhae profitable. 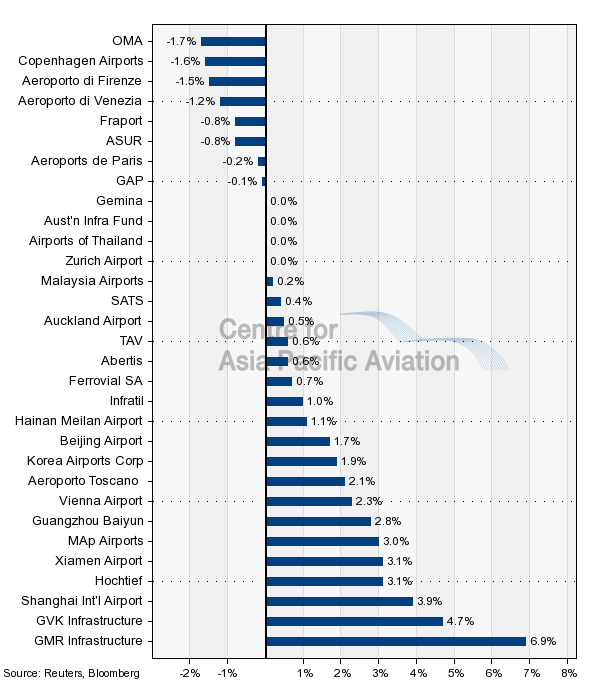