The Nation reported that Thai Prime Minister, Abhisit Vejjajiva, stated the Government has no plans to interfere with Thai Airways plans to launch LCC, Thai Tiger Airways, in a JV with Tiger Airways.

However, despite the comments from the Prime Minister, Transport Minister, Sohpon Zarum, stated he still opposed the move, but added that he would not interfere. Thai Airways President, Piyasvasti Amranand, stated the carrier plans to invest approximately USD4.8 billion (THB150 million) over the next five years to improve services and purchase new aircraft. 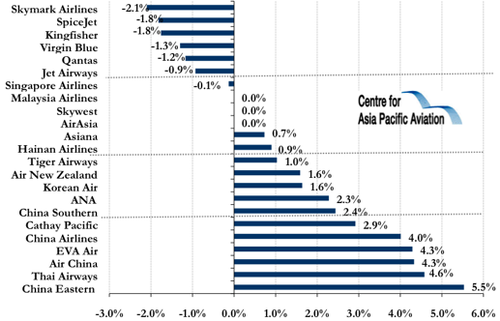