China Southern Airlines confirmed it expects to take delivery of its first of five A380s in Aug-2011. The aircraft will initially be deployed on services from Beijing, though destinations were not disclosed.

China Southern expects to end 2011 with 461 aircraft in its fleet, compared to 422 as at 31-Dec-2010. The airline will take delivery of one additional B777-200LRF later this year, for a total of six. China Southern has not been badly affected by the Japan crisis, with routes to Japan accounting for just 2% of its total capacity.

A Cathay spokesman said, "At the moment we expect several months of weakness with a recovery towards the summer, but there are still a lot of variables out there that might alter this view going forward". 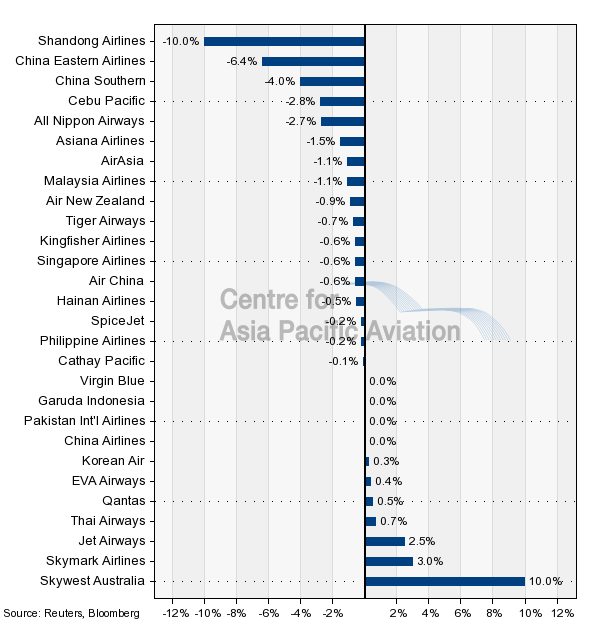