China Southern Airlines is accelerating the pace of its international expansion in 2011, building on growth over the past few years, in response to mounting competition from China’s expanding high-speed railway network.

China Southern's Tan Wangeng stated the Guangzhou-based carrier hopes to boost international operations to 30% of the total routes it operates in 2011, up from 18.5% in 2010. It plans to further increase the ratio to 40%. "It's part of the efforts to build up and enhance our long-haul flights on our global route network. We have set up a tri-hub international route map based on Guangzhou, Beijing and Urumqi," China Southern Airlines VP Beijing branch, Kong Fansheng said.

China Southern confirmed its international expansion from Apr-2011, covering new destinations in New Zealand, Europe and North America. The carrier launched Guangzhou-Auckland service on 08-Apr-2011. The carrier plans to add 40 weekly flights to Oceania this year, and increase flights to more than 110 by 2015. This will be followed by Guangzhou-Amsterdam service on 07-Jun-2011 and Guangzhou-Vancouver service by 15-Jun-2011. The carrier will also increase capacity on Guangzhou-Paris and Guangzhou-Los Angeles sectors. Overall, China Southern Airlines is expected to launch between eight and 10 long-haul international routes in 2011.

China Southern is also seeking to expand into other key international markets as it takes delivery of its first A380 in Aug-2010 and its first B787 in Dec-2011. The carrier will deploy the A380 from Beijing, scheduling the first A380 to launch Beijing–Paris CDG service. The carrier’s branding manager stated the carrier is also seeking to launch service between Guangzhou and London and could operate A380 equipment on the sector. The carrier will most likely deploy B787 equipment to either Europe or the US. See related article: Airbus expects A380 sales to rise in China. First A380 to China Southern in Aug-2011 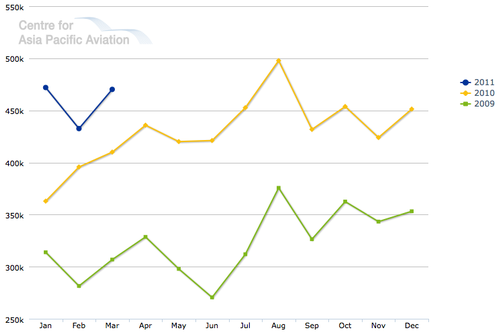 International load factors, however, weakened by 4.2ppts to 72.7%. 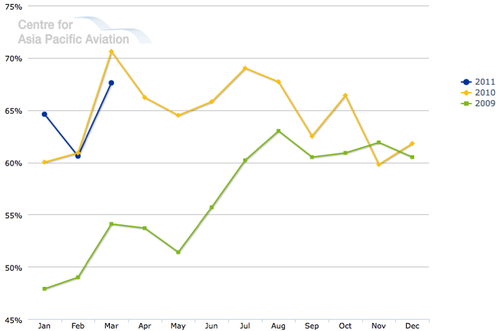 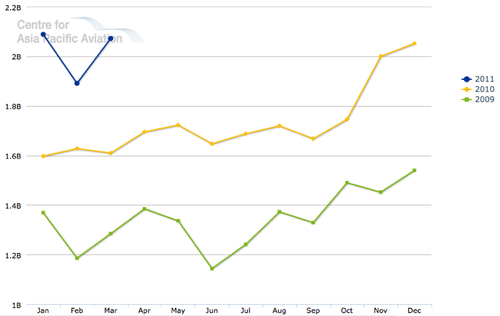 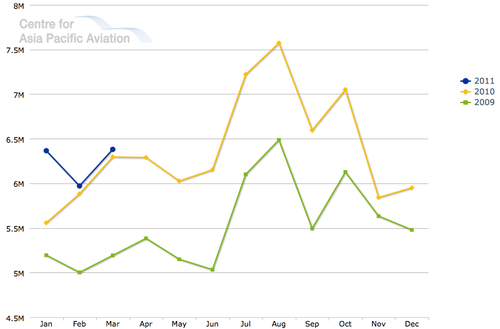 China Southern’s overall passenger load factors averaged 80.6% in the month, marking a 0.8ppt improvement. While load factor growth has moderated, load factors remain considerably stronger than their pre-recession levels of 77.2% reported in Mar-2009 and 76.4% in Mar-2008. 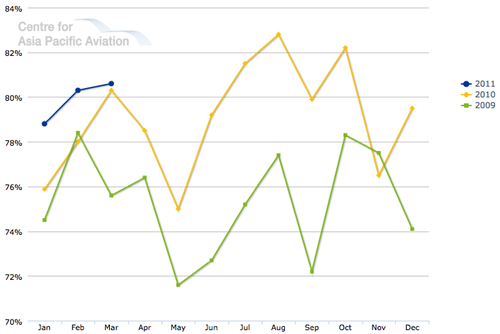 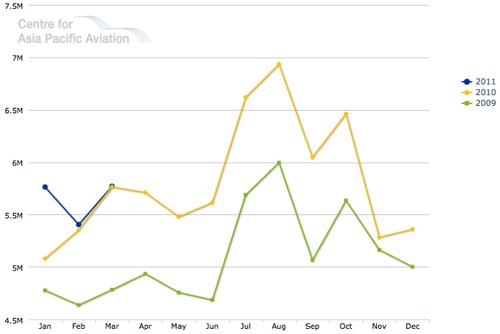 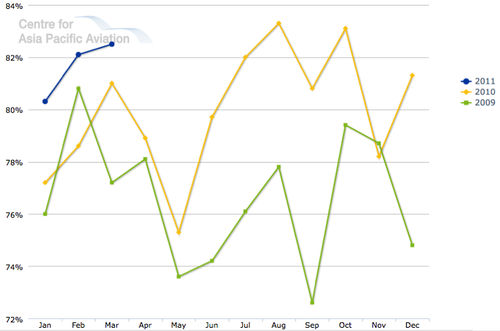 Regional passenger numbers improved significantly in the month, increasing 15.7% to slightly under 140,000 passengers. The double-digit increase follows on from a slight year-on-year reduction in Feb-2011. Load factors on these sectors increased 0.7ppts to 75.5% after declining on a year-on-year basis in Feb-2011. 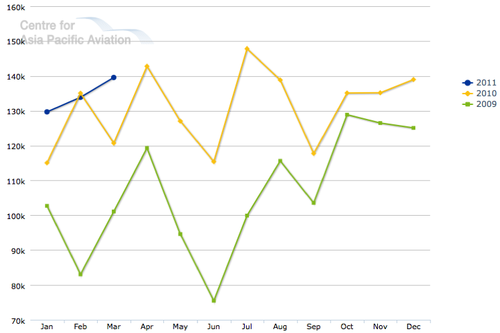 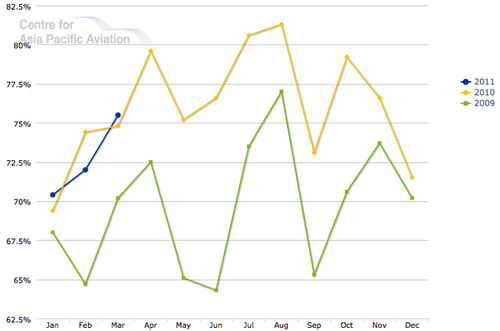 Cargo volumes increased 7.3% to 97,460 tonnes in the month, after slumping in Feb-2011, due to reduced demand over Chinese Lunar New Year. 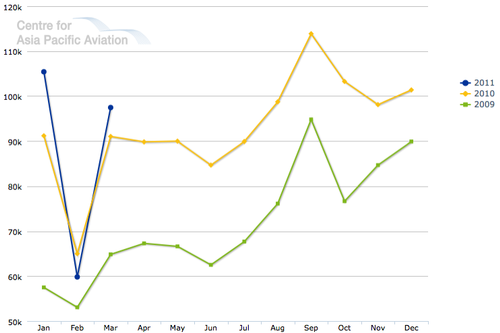 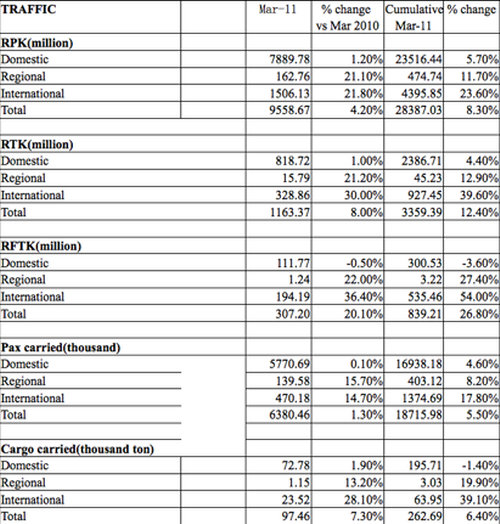 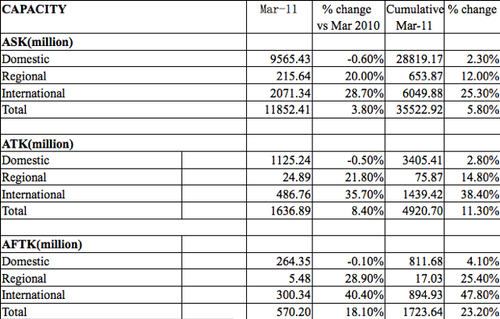