China Southern Airlines announced signed an agreement with Boeing covering the purchase of six B777Fs, as it grows its cargo business. The six aircraft will be delivered between 2013 and 2015 and will be funded by bank loans and China Southern’s operating fund.

China Southern described the deal as being “consistent with the (airline’s) development strategy”. The carrier stated "the acquisition will facilitate the optimisation of the structure of the group’s cargo business, freighter fleet and cargo traffic capacity”. China Southern said the new aircraft will boost its cargo capacity (ATKs) by 8.4% and enhance its operational efficiency, as well as the competitiveness of its cargo business.

Also in Asia Pacific fleet news, All Nippon Airways and Boeing jointly confirmed that a B787-8 test aircraft will operate a series of test flights across the carrier’s domestic network to help prove its readiness to enter commercial passenger service. The flights will be operated in Jul-2011 over four days. ANA is due to receive its first B787 in 3Q2011.

Japan's Skymark Airlines announced it is postponing the launch of its Naha-Miyako service indefinitely. The carrier was scheduled to launch the service in Sep-2011. Skymark also became the newest airline to join Boeing's B737 Component Services Programme. 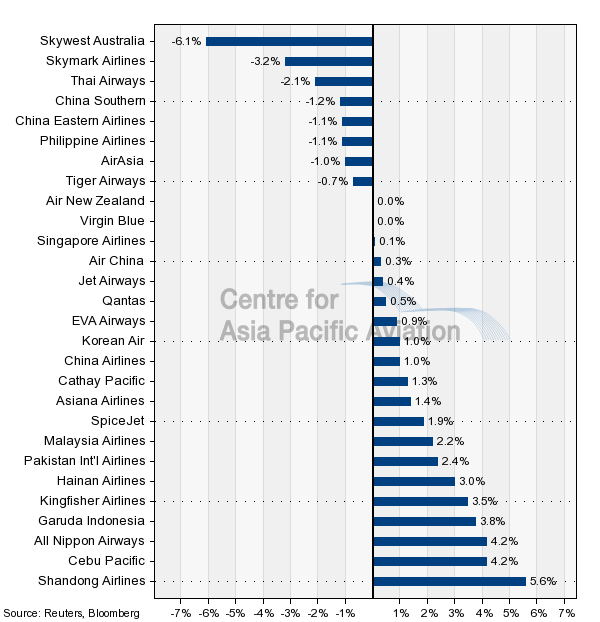