The NDRC expects the new formula, tied to a centrally updated index of a weighted average of domestically purchased jet fuel and imported fuel (next due to be adjusted in Apr-2010), will help airline to recover “at least 20% of the increased costs” as fuel prices continue to rise.

However, other carriers have adjusted rates less aggressively. Cathay Pacific reportedly plans to raise surcharges on sectors less than five hours from HKD71 to HKD75, while flights over five hours will increase from HKD328 to HKD348.

Oil prices have retreated slightly from the USD80 per barrel threshold seen for most of Nov-2009. For the week to 01-Dec-2009, the underlying crude oil price rose 2.5% to USD78.39, after dropping below USD75 per barrel in late Nov-2009 for the first time in almost eight weeks.

Stronger supply, with OPEC expected to maintain current production levels, combined with a larger than forecast US stockpile, alongside a stronger US dollar have all contributed to an easing of oil prices in recent days. 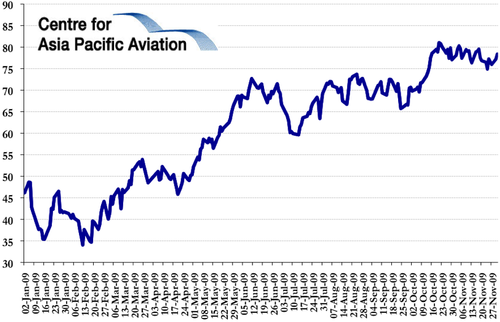 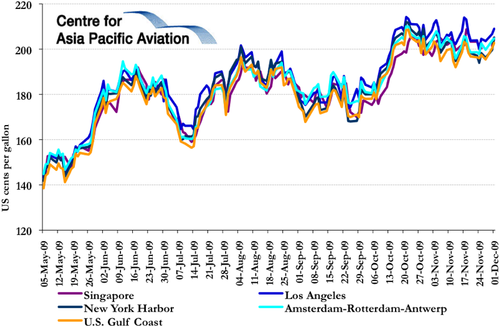