China Eastern Airlines lost close to USD1.9 billion in the three months ended 31-Dec-08 – or more than USD20 million per day (close to USD1 million per hour), according to The Centre's calculations. Propped up by a government cash injection late last year and massive new lines of credit from Chinese banks this year, China Eastern’s outlook is for a 15% improvement in passenger numbers (off last year’s low base), but more red ink is likely to flow as competition remains intense. 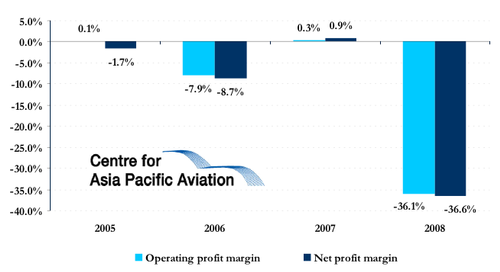 China Southern has deferred the delivery of 13 B787s and five A380s until 2011, but is still scheduled to take delivery of 49 new aircraft this year. It aims to sell 23 older aircraft, with a net increase in capacity of around 10%.

Meanwhile, Cathay Pacific is reportedly planning to enforce mandatory staff leave for all employees, as the downturn continues. The carrier’s shares rose 1.9% yesterday.

Shares in Air China, which will also report losses for 2008 later this week, rose 4.2% yesterday. 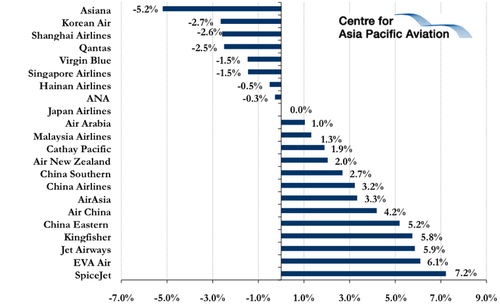