China Eastern Airlines shares surged 6.9% in Hong Kong yesterday (going against the 3.4% drop in the Hang Seng Index) on reports it may offload stakes in smaller regional carriers and on renewed speculation it may merge with Shanghai Airlines (+2.3%). China Eastern is also hoping to defer orders for 15 of 29 aircraft scheduled for delivery this year (though it may find this to be a costly exercise). 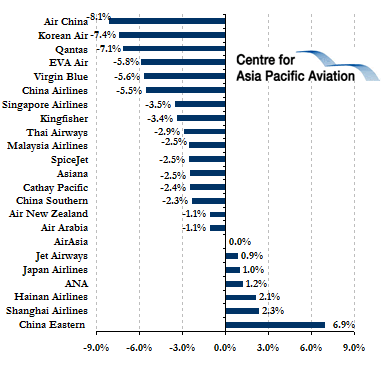