China Eastern Airlines is seeking to create a revenue and cost sharing venture with Air France-KLM on the Shanghai-Paris and Shanghai-Amsterdam routes, according to a report in the People’s Daily.

China Southern had planned to launch a cargo JV with Air France-KLM, but shelved the plan in late 2008 due to the global recession. A China Southern spokesman stated in Apr-2010 that "Air France KLM is not our only choice, we are also negotiating with other carriers as well."

Elsewhere, Virgin Blue declined 5.8% on the last day of Brett Godfrey’s tenure as CEO. Incoming CEO, John Borghetti is set to receive a remuneration package worth up to AUD3.5 million p/a. 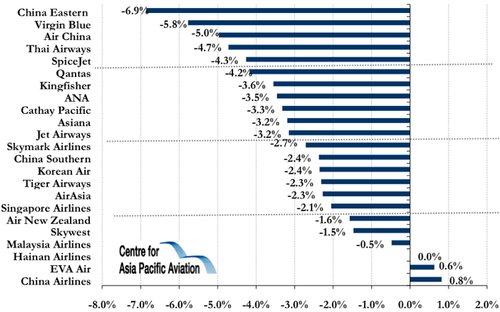