Air China's parent company, China National Aviation Holding Corp (CNAHC) also confirmed it sold 20 million H-shares of its Shanghai-based rival on 28-Jul-2010 reducing its stake from 5.29% to 4.72%. No reason for the sale was disclosed.

Qantas and Air New Zealand gained 0.8% and 0.9%, respectively as stock markets in both countries were in positive territory. 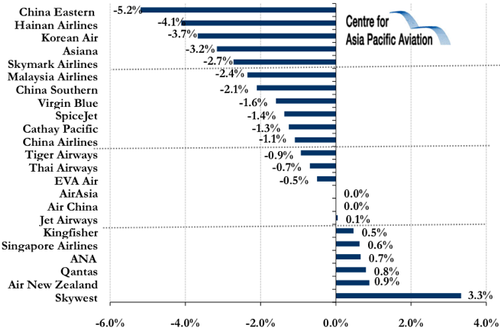