Singapore Airlines stated it would deploy A380 equipment on the Singapore-Los Angeles route beginning next year. Shares in the carrier gained 0.3% yesterday.

Meanwhile, Qantas and Rolls Royce are expected to settle out of court regarding compensation for the Trent 900 problems on the carrier’s A380 aircraft. Shares in Qantas declined 1.5% yesterday. 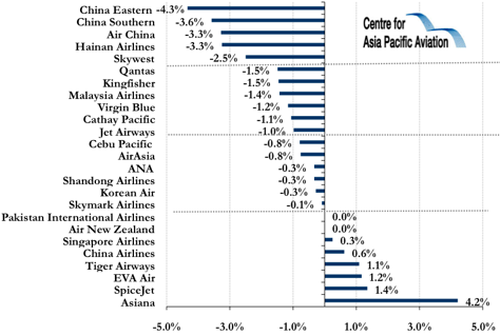 Source: Centre for Asia Pacific Aviation, Reuters & Financial Times
*It was a public holiday in Thailand on 06-Dec-2010