Chicago Airport System is depressed – passenger traffic is staying down, capacity has been slashed, cargo has flat-lined at extremely low levels, the sale of Midway is off and the outlook is gloomy. The City of Chicago’s new Aviation Commissioner, appointed just last week, has a challenging task ahead to breath new life into the system. 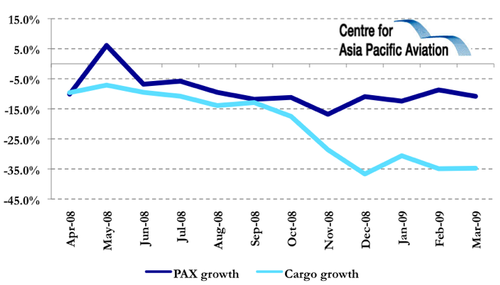 The Midway long-term lease deal has been cancelled by Chicago authorities after the Citigroup-led consortium failed to raise sufficient financing – and saw a better deal (the sale of London Gatwick Airport). Midway’s lease deal is unlikely to be revived any time soon.

The City’s new Aviation Commissioner, Rosemarie Andolino, inherits an airport system searching for the first signs of recovery. The only glimmer of good news is that passenger volumes at O’Hare may have bottomed. Tom Horton, the CFO of American Airlines (a key customer at O’Hare), stated earlier this month, "for the moment, we're not seeing evidence of either improvement or further deterioration in the business”.

Ms Andolino served as Executive Director of the O’Hare Modernisation Programme since 2003 (which she will continue to oversee in her new assignment).

City Council Mayor, Richard Daley, stated, “we need a strong and creative manager…in these challenging economic times when we must constantly find ways to manage government and deliver services more efficiently, even as our revenues are falling”.

Despite the fall-off in demand, Mr Daley stated his Council remains committed to the modernisation of O’Hare, stating there was “no more important job” than ensuring O’Hare “remains the economic engine of our state and our region”.

The challenge will be to find first gear.