Singapore Changi Airport set a new annual record in passenger traffic, handling more than 40 million passenger movements in 2010. Changi Airport’s previous traffic record was set in 2008 when it handled 37.7 million passengers. Passenger numbers slipped 1.3% to 37.2 million in 2009 due to the global economic crisis, when the airport ranked as the 21st busiest airport in the world, according to ACI. 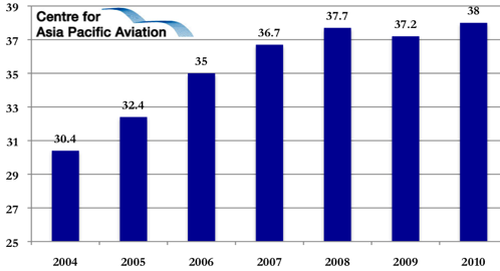 Commercial aircraft movements are also expected to exceed 2090 levels in 2010, to set a new annual record. 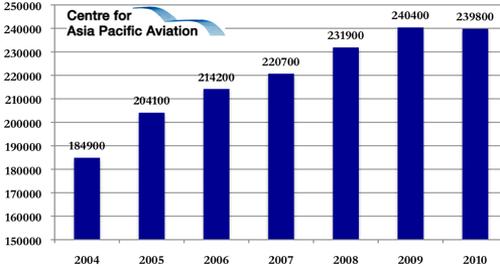 Freight traffic, however, remains depressed from the peak levels established in 2006, although there was some improvement this year from 2009. 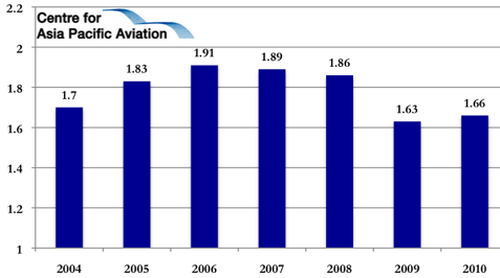 Crossing the 40 million mark places Changi in the “next higher league of airports globally”, according to the airport, reinforcing its position as a major air hub. Only 18 other airports reached the 40 million passenger milestone target in 2009, with the airport ranking as the sixth largest airport in the growing and high-potential Asia Pacific region behind Beijing, Tokyo Haneda, Hong Kong, Dubai and Bangkok. There is room for continued growth at the airport, which has capacity for more than 70 million passengers p/a. 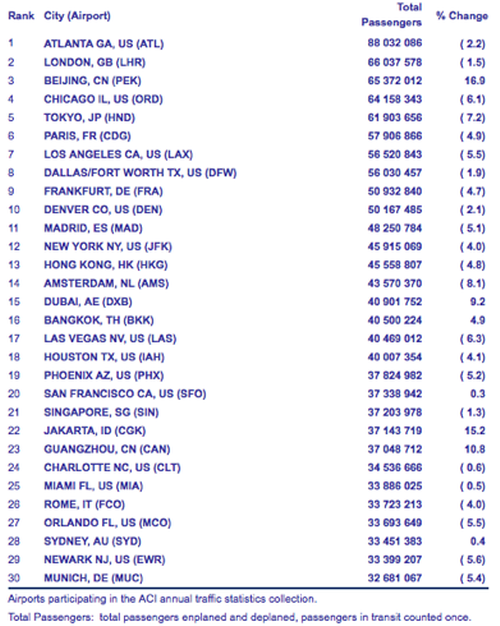 For Nov-2010 alone, 3.6 million passenger movements were registered, a year-on-year increase of 7.7%. 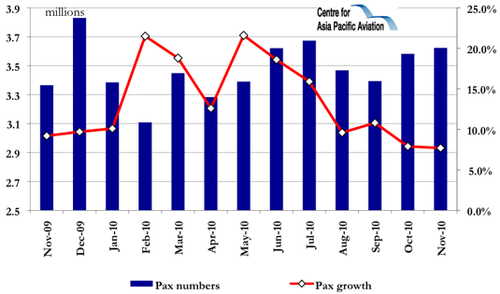 Passenger growth at Changi Airport this year has been driven by traffic to/from Southeast and Northeast Asia. Among cities with more than half a million passenger movements, Jakarta, Kuala Lumpur and Manila in Southeast Asia, and Hong Kong and Shanghai in Northeast Asia registered double-digit growth. The passenger traffic growth was aligned with an increase in the number of flights to these destinations. For example, Manila and Hong Kong have each seen a double-digit percentage increase in the number of weekly flights since the beginning of 2009.

Based on data for the 10 months ended Oct-2010, Australia, China, Indonesia, Malaysia and Thailand remain the five largest country markets by passenger traffic for Changi Airport. 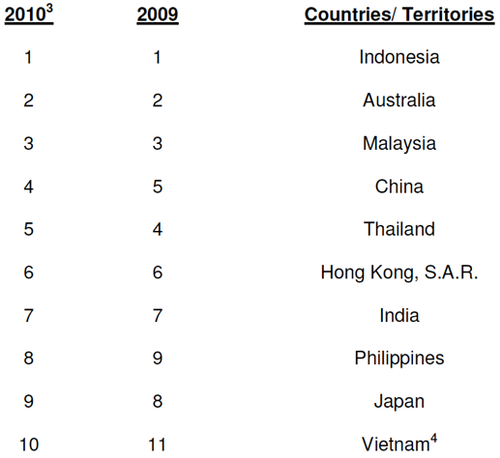 Growth at both network carriers and LCCs; driven by LCCs

In 2010, both network and LCCs have seen growth in passengers carried at Changi. For the first 11 months of 2010, FSCs saw a turnaround in demand to register an 8.8% increase, while LCCs continued their robust growth, carrying 35.3% more passengers. For the period, LCCs held a 22.3% share of passenger traffic at Changi and accounted for 26.2% of total aircraft movements at the airport.

As at 01-Dec-2010, Changi Airport served 98 airlines operating around 5,200 weekly scheduled services to/from more than 200 cities in 60 countries and territories.