Cebu Pacific handled close to 10.5 million passengers in 2010. The company said it was expecting its passenger traffic to continue to grow in expanding the fleet of aircraft. Between 2012 and 2014, Cebu Pacific will take an additional 16 A320 aircraft. Shares in the carrier rose 1% in trading on Tuesday.

Garuda Indonesia's acting finance director Elisa Lumbantoruan stated the carrier is preparing a number of steps related to its plan for quasi-reorganisation aimed at improving its overall financial position. No plans have yet been submitted to Indonesia's State Enterprises Minister and must first be discussed at an extraordinary shareholders meeting. This will be scheduled for May/Jun-2011. Without reorganisation, the company is likely to be unable to pay dividends until in 2014. If reorganisation commences this year, the carrier may be able to pay a dividend by 2012. Garuda Indonesia took delivery of its latest aircraft, an A330-200 over the weekend.

Vietnam’s Ministry of Transport asked the government to allow Vietnam Airlines to make specific mechanisms in the bidding process for the selection of the international financial consultant for its IPO. Vietnam Airlines has made a preliminary offering with eight international banks and have suggested the total bidding package value at nearly USD3.9 million. Qualified bidders include Merrill Lynch, Citigroup, USB, JP Morgan, RBS-ABN-AMRO, Morgan Stanley and Calyon and Credit. 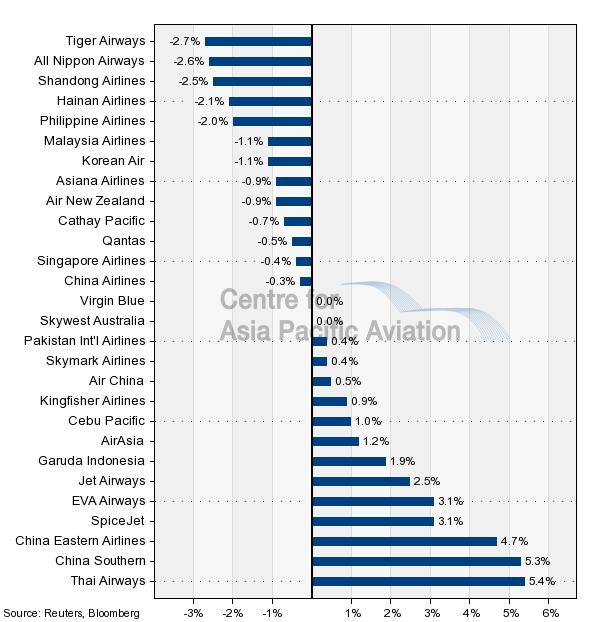