Philippine LCC Cebu Pacific reported a full-year 2010 operating profit of USD147.6 million and net profit of USD158.4 million, more than doubling its results from 2009. The carrier's passenger numbers rose 19.5% while revenue increased 25%. Shares in Cebu Pacific eased 0.1% yesterday, on a mixed day for Asia Pacific airline shares. Virgin Blue and Air Asia both made strong share gains, up 3.2% and 5.1% respectively.

AAPA reported the following international traffic highlights for its member airlines in Feb-2011: 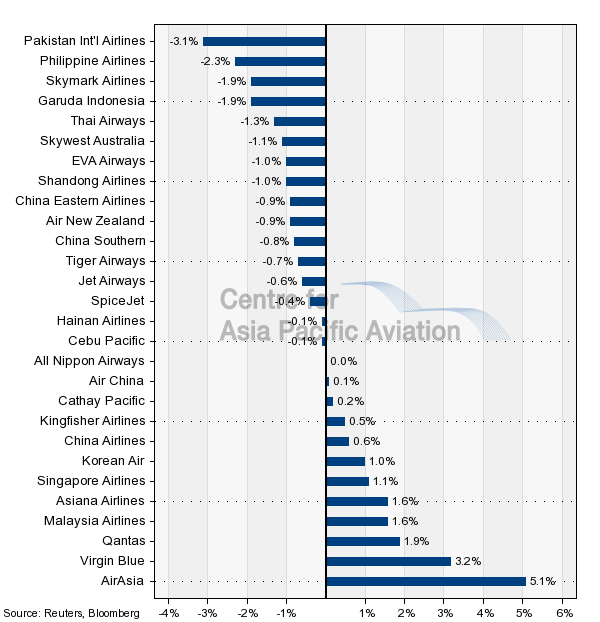