Cathay Pacific's worst nightmares are playing out, prompting another profit warning of "disappointing results" for the full year.

A tidal wave of bad news has swamped the carrier recently:

It all adds up to a scenario that significantly outstrips the crisis Cathay experienced during the SARS outbreak. This downturn could be potentially quite protracted.

But nowhere in its detailed profit warning statement did Cathay indicate it would be adapting its strategy. It only advised investors to "exercise caution" in dealing with the company's shares. Cathay's shares closed down 1.3% yesterday prior to the profit warning. Its cross-equity partner, Air China, had a good day in response to the cross-Strait service expansion, with the Beijing carrier's shares advancing 8.1%. 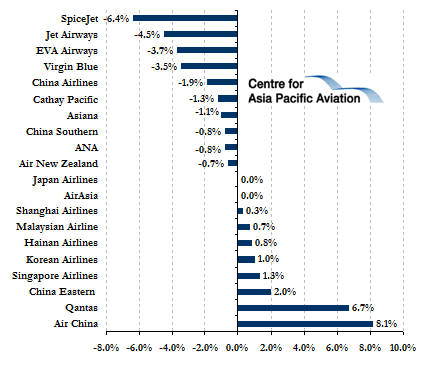