Cathay Pacific Airways has increased its stake in Air China from 18.43% to 18.77%, paying approximately USD5.2 million for 5.48 million shares in the carrier. There is extensive cross-shareholding between the carriers, with Air China owning almost 30% of the Hong Kong-based airline as of the end of 2010, behind Swire Pacific, which held 43%. Shares in Cathay Pacific were down 0.1%, while Air China shares closed 1.6% lower.

Also in Chinese airline stocks, Shandong Airlines shares leapt 10%. The carrier has forecast an increase in net profit of 70-91% year-on-year, to USD24.2-27.3 million, with basic earnings per share of CNY0.40 to CNY0.45. The carrier attributes its positive forecast to sustained recovery in China’s domestic economy and the rapid growth of the domestic air transport market.

Taiwanese carriers EVA Air and China Airlines both had strong days, up 6.9% and 6.8% respectively. 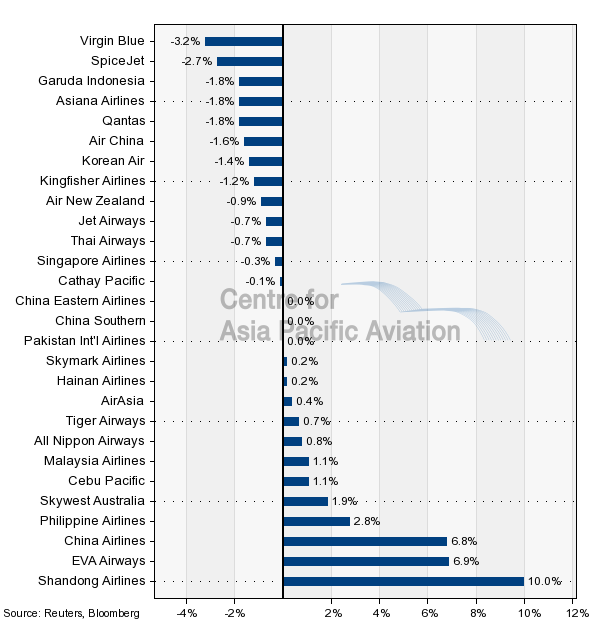