British Airways/Iberia merger to be complete by Feb-2010; Lufthansa pleased with Lufthansa Italia

European markets gained on Tuesday (19-Jan-2010), after being down most of the day due to a fall in banking shares ahead of the release of earnings results. Energy stocks were also lower.

British Airways/Iberia merger to be complete by Feb-2010

Both British Airways (+2.9%) and Iberia (+2.6%) made gains on Tuesday on news they could complete their merger agreement by Feb-2010, according to Iberia’s largest shareholder, Caja Madrid. Caja Madrid Chairman, stated there was little left to be done to finalise the deal, which should be completed by Mar-2010 "at the very latest". The two carriers signed an MoU in Nov-2009 for the merger, in which BA will take a 55% stake in the combined carrier, with Iberia to own the remaining 45%.

British Airways shares were also boosted after Credit Suisse stated the carrier is "attractively positioned". It expects BA to report the best return on equity among European carriers this year, as Premium traffic recovers.

The analysts thus flagged the carrier as a “top aviation-stock pick” for 2010, alongside Iberia.

Ms Birlebach did not comment on the Malpensa-Rome reports, but said that the airline would like to develop its own presence in the Italian market, by introducing a "more Italian on-board experience", such as Italian speaking staff and Italian food, while retaining existing Lufthansa values. The airline is also in the process of securing its own Italian Air Operator's Certificate, which is expected to be granted in the next few weeks.

The airline was launched in Feb-2009 and has since transported 800,000 passengers. Lufthansa made the decision to launch the carrier to take advantage of a gap left by Alitalia at Milan Malpensa airport. The economic crisis has affected the carrier's operations, but it remains optimistic for the future. Lufthansa stated that 2009 was the "right time" to invest in a new carrier for the region. 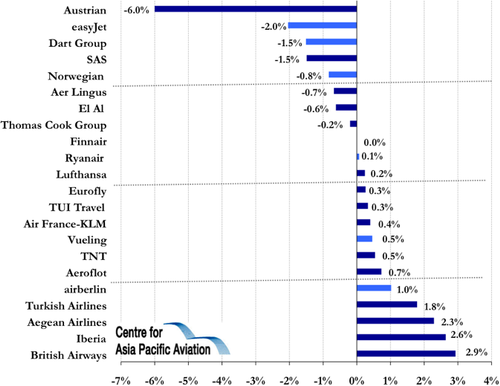