Persistent and increasingly detailed rumours that the British Airways-Iberia merger will be completed by the end of this month have pushed BA stocks 7.7% higher, as the overall market also helped most other airline shares.

Reports suggest that the breakdown will be BA:IB 55:45, below the 65% that the British flag had been seeking, but still not bad, given the pension and other difficulties that it is facing. But apparently no final agreement has been reached on establishing the joint headquarters in London, as British Airways has been asking for.

Iberia investors however are less impressed by the news, as many had been looking for an arrangement that gave more power to the Spanish flag, so that its shares lost 1.2%, going against a stronger overall market. 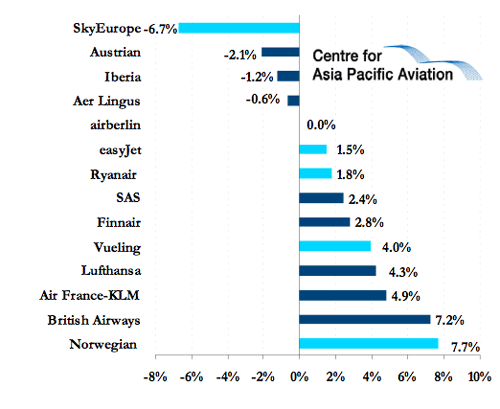 Norwegian Air meanwhile appears to have at least temporarily stemmed the share price losses it has suffered since mid-February, with a 7.7% rise on the day. 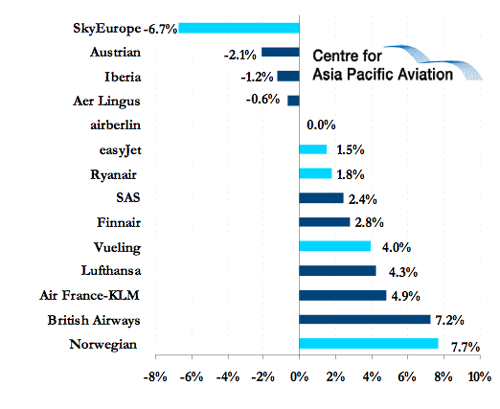 But at the other end of the register, SkyEurope again challenged its Feb-09 lows, with a 6.7% price fall, as financial uncertainty continues to surround it. 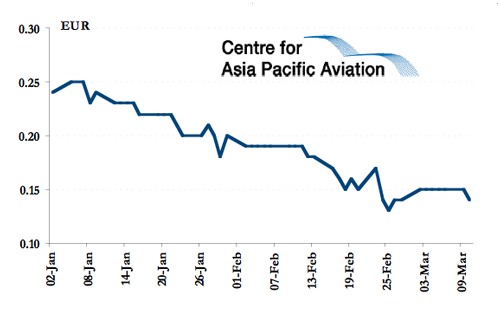