British Airways’ premium demand still well down, but starting to level out?

British Airways reported a 7.9% reduction in premium traveller numbers last month – the smallest reduction in over 12 months. But Sep-2008 premium volumes had fallen 8.6% year-on-year, meaning last month’s performance was off a very weak base.

BA, which does not provide monthly yield data, stated, market conditions remain “unchanged, with yields under pressure from the year-on-year impact of lower fuel surcharges, exchange movements and mix”.

Overall passenger numbers fell 0.8% year-on-year in Sep-2009, including a 0.7% increase in non-premium traffic. 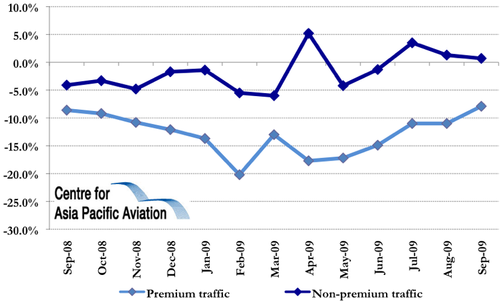 BA stated, “premium traffic comparisons are starting to be against a weaker base, with the bankruptcy of Lehman Brothers occurring mid-way through September 2008”. A 12-month moving average of British Airways’ premium demand shows a flattening last month after more than a year of reductions. 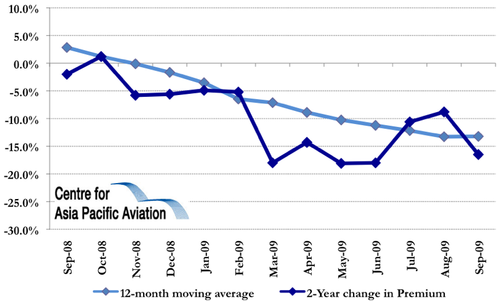 British Airways is hoping to report growth in overall passenger volumes again in the New Year. A spokesman stated, “in January, the comparative figures take another step down and there's every chance of getting into positive territory then”, adding “until then we see traffic flattening and steadying”. 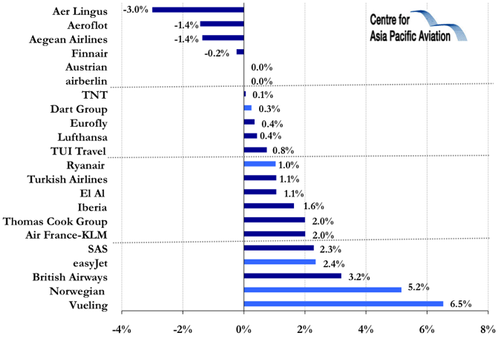