Finnair’s shares gained 1.1% as a five-day strike by ground handling staff came to an end.

Austrian Airlines’ shares gained 14.8% amid the continued squeeze out of small shareholders by Lufthansa, despite a significant increase in competition from Vienna flagged by NIKI from early 2010. 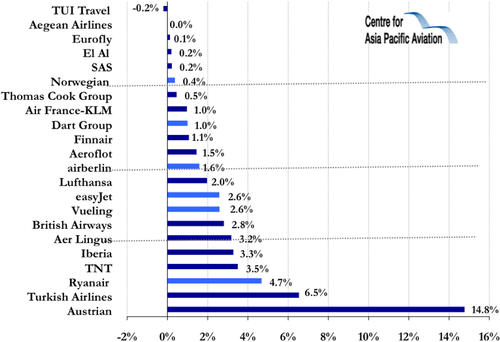