After years of negotiation and numerous applications, three oneworld partners have announced the benefits to passengers that will derive from gaining Antitrust Immunity.

In a statement released 6-Oct-2010 in London, American, Iberia and BA announced their plans for increased schedule and operational integration. Codeshares will be increased across the board with American sharing codes on an additional 322 British and Iberia routes and applicable to 101 destinations. BA will add its code to 2063 flights operated by AA and IB to 181 destinations and Iberia will add 96 BA and AA destinations via 354 codeshares. Additional opportunities exist for further cooperation.

The carriers also announced new services as of April 2011 with American adding JFK-Budapest and ORD-Helsinki, both hubs of other alliance partners, Malev and Finnair.

BA will add San Diego from LHR and Iberia will link Madrid and Los Angeles.

Customers will also benefit from:

Despite the new services to Budapest and Helsinki, there was no mention of additional links between these three and their other trans-Atlantic partners, Malev and Finnair.

Arpey pointed out that oneworld has waited 14 years for ATI and the ability to compete with Star and Skyteam carriers on an even footing. 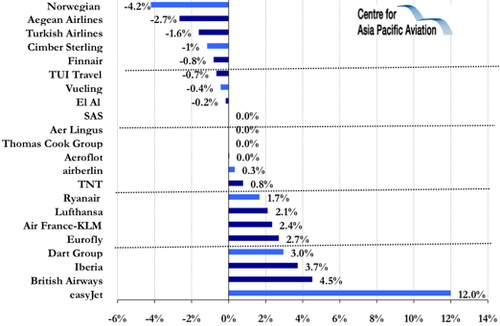 Elsewhere, Air Canada’s B shares soared 8.4% as the airline announced record load factors for September of 82.2%. It was up from 79.7% in Sep-2009. President and CEO Calin Rovinescu attributed the result to increased utilisation of the airline's fleet "as we pursue strategic opportunities in international markets". Traffic on Asian routes soared 21% last month. 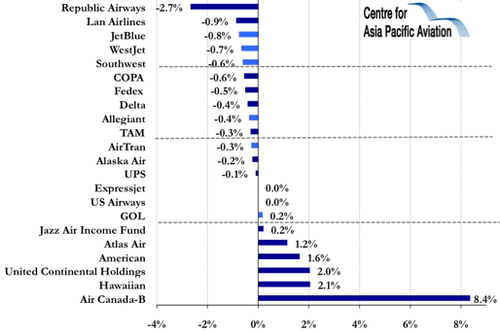