Korea Aerospace Industries has applied to list on the main KOSPI, according to the Korea Exchange, although the value and size of the IPO has not been finalised. The Korean Exchange was expected to make a decision on the IPO request within two months. The company aims to launch its IPO in Jun-2011.

Woori Investment & Securities and Hyundai Securities will manage the deal. T Korea Finance is the largest shareholder of KAI, controlling 30.1%. Samsung Techwin and Hyundai Motor both own 20.7% in the company.

Boeing intends to release a service bulletin recommending checks and inspections of lap joints on “certain” B737-300/400/500 aircraft. More than 900 are in service globally, but the bulletin will only apply to more heavily used aircraft. The decision follows the discovery of a fuselage crack on three Southwest Airlines B737-300s during inspections for metal fatigue following an 01-Apr-2011 incident when the fuselage on a Southwest B737-300 ruptured during flight.

Lufthansa selected Pratt & Whitney PurePower PW1100G engines for its order of 30 aircraft in the A320neo family. The order comes on top of Indigo's order for PW110G's to power 150 A320neo family aircraft. 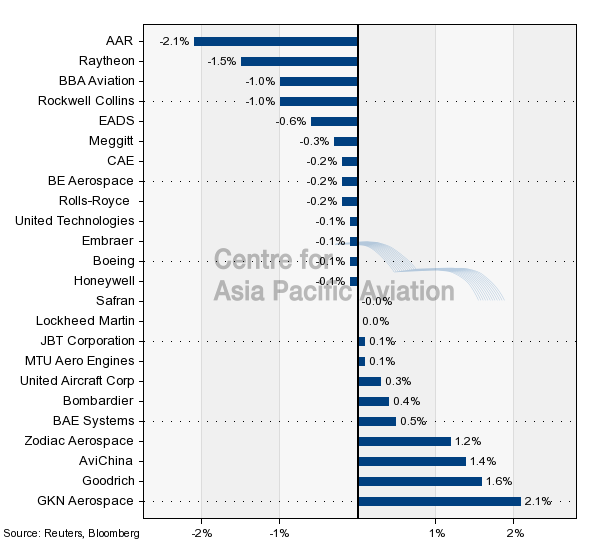