works with the Federal Aviation Authority on a fix for the aircraft, according to a Reuters report.

Boeing grounded the B787 test fleet following an inflight fire in an electrical panel caused by a loose foreign object. Meanwhile, Mr McNerney announced Boeing would hire 4000-5000 workers at locations in Seattle and South Carolina over 2011, to ramp-up commercial aircraft production.

Separately, the US manufacturer Boeing stated no agreement has been made by the OECD over the extension of export credit financing to the US and the UK, Spain, Germany and France, according to a Bloomberg report. The existing home country rule prevents airlines in these countries from accessing export financing to acquire aircraft manufactured in their home country. Boeing believes the cost of state-guaranteed loans is likely to increase as a consequence of a new agreement.

Airbus to miss A380 delivery target

Airbus stated it would miss its 2010 target for A380 deliveries and anticipates further disruptions to its schedule next year as it struggles with the aftermath of a Rolls-Royce Group Plc engine failure.

Airbus will reportedly deliver 19 A380s in 2010 instead of its delivery target of 20, due to issues related to the Rolls-Royce Trent 900 and seats manufactured by Koito Industries, according to a Reuters report. 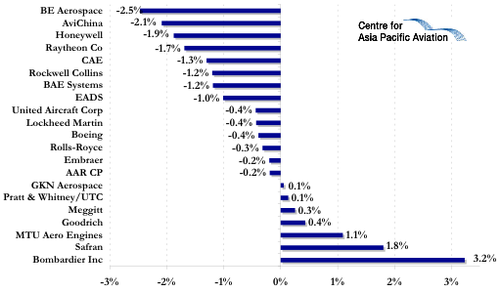 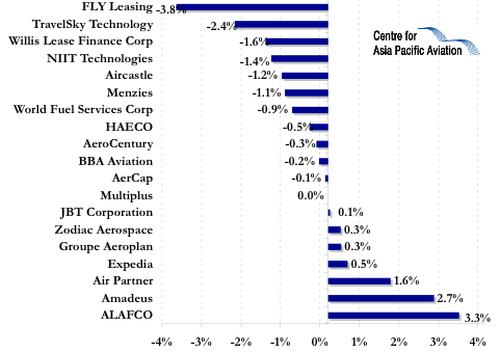