Boeing's shares dropped 3.1% yesterday as it reported an 8.2% decline in 4Q2010 profit. Investors were displeased with the aerospace giant's 2011 profit forecast, which came in well below consensus expectations.

Boeing forecasts earnings per share in 2011 of between USD3.80 and USD4.00, which is roughly flat with 2010 when net tax benefits are removed.

United Technologies Corp, parent of Pratt & Whitney, meanwhile, eased after it reported a 12% rise in profit as revenue rose 6.3%, which was ahead of market expectations. 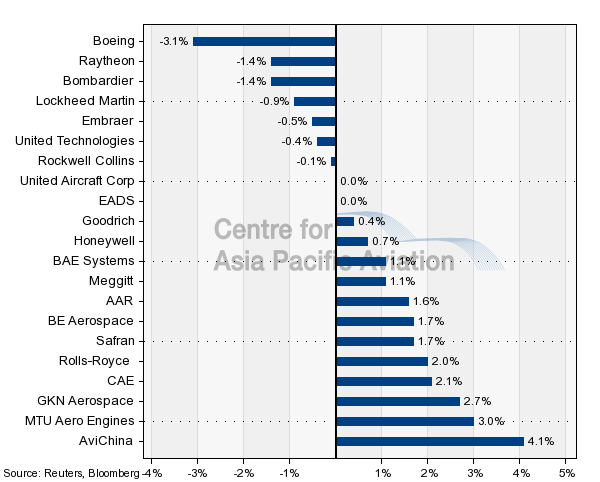