Improving conditions in aircraft financing and capital markets has led an executive at Boeing to forecast that the role of aircraft lessors in providing delivery financing will lessen significantly in 2010.

Boeing CEO, Robert Bell, stated in early Dec-2009 that more traditional sources of aircraft financing are re-emerging. Airlines are expected to require USD62 billion for aircraft financing in 2010, compared to USD68 billion in 2009. Boeing provided customers with USD800 million of financing this year, but expects to provide less than this in 2010.

Lessors still expect that airlines will turn to them in increasing numbers, with leases rather than outright purchases now accounting for approximately one third of the global commercial airline fleet. Demand for new aircraft acquisitions is continuing, pushed by strong oil prices, although the record ordering spree between 2006 to 2008 is unlikely to be repeated soon. Boeing and Airbus have recorded 438 gross orders this year between them, although the net figure is reduced by 143 cancellations and numerous deferrals.

Lessors are confident that they will be increasingly able to offer airlines better alternatives to outright ownership. US lessor, Aircastle, placed six A330s with South African Airways yesterday. In announcing the deal, the company stated that it will be able to access “multiple sources of attractive debt financing for these aircraft”.

The deal is “another positive sign that the overall climate in aircraft leasing is improving”, according to Ron Wainshal, Aircastle's CEO. Banks are now more willing to work with leasing companies with strong balance sheets, than take risks on small start-up carriers or airlines encumbered with debt or poor credit ratings and outlooks. 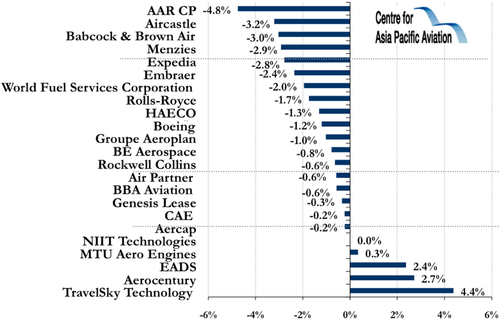