Embraer’s shares gained 2.7%. The company announced a deal with NetJets for 50 Phenom 300 executive aircraft, plus 75 options, in a deal potentially worth more than USD1 billion. Embraer also announced a contract with Parker Aerospace to use BAE Systems avionics on its Legacy 450 and 500 aircraft. BAE Systems will design, produce and support the flight control computers for the aircraft.

BAE Systems shares were down 3.8% yesterday. 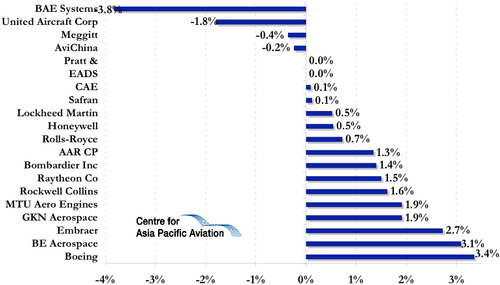 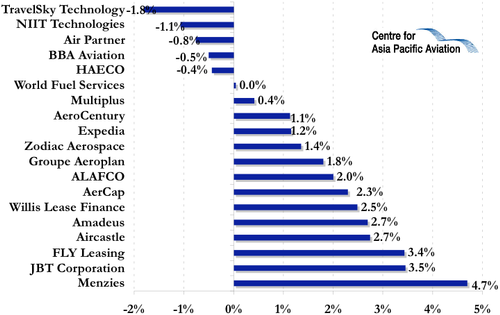