Boeing forecast on Tuesday (21-Sep-2010) air carriers in Africa will experience steady growth over the next 20 years as air travel there continues to grow with the economy.

The African economy is projected to grow 4.8% in 2010 following 2.9% growth in 2009. West Africa shows up as the strongest region with foreign interest in petroleum development. Boeing's forecast calls for the delivery of more than 700 aircraft with a value of approximately USD80 billion for the African market over the next 20 years. 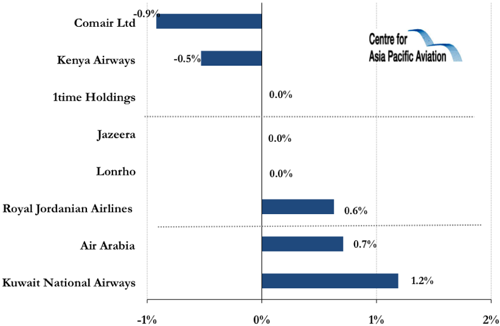