Boeing predicts annual average traffic growth rate in the Middle East to be 7.1%

Boeing stated it expects a near quadrupling of air traffic in the Middle East over the next 20 years, with the annual average traffic growth rate in the region to be 7.1%, equating to a 287% rise over the period, ahead of global annual traffic growth of 5.3%.

Boeing forecasts a requirement for 2,340 new aircraft in the region by 2029 and expects the market would continue to be dominated by twin-aisle, long-range aircraft which account for almost 43% of demand.

Air Arabia Egypt, subsidiary of Air Arabia (-0.8%), increased its service between its base in Alexandria Burj Al Arab Airport and Abu Dhabi International Airport from four times weekly to daily 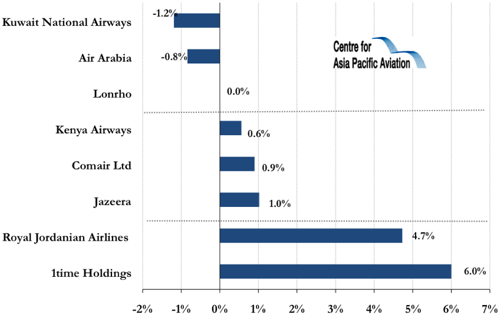