Boeing CEO Jim McNerny has left the company's options open over its narrowbody aircraft programme, with a “sharper view” to its narrowbody re-engining/replacement programme to be developed towards the end of 2011. Boeing's bias is towards developing an all-new narrowbody, with a projected service entry of 2019/20.

Meanwhile, Mr McNerny believes that the current state of oil prices, which have pushed above USD110 per barrel, is actually improving demand for new designs and that “the equation is favourable to getting newer airplanes faster". Boeing's machinist union has begun lobbying efforts to get the manufacturer to retain narrowbody production lines in Washington state.

GKN Aerospace announced it has gained a long term production contract with Boeing Commercial Airplanes for the continued supply of titanium structural wing to body and wing to nacelle fittings for the B787. The initial contract was awarded to GKN Aerospace in 2006 with first deliveries commencing in 2007. This contract extension takes production through to 2020.

Markets in Moscow, Hong Kong, Shanghai, Taipei, Singapore, Kuala Lumpur and Bangkok were closed for trading due to the Labour Day holiday. 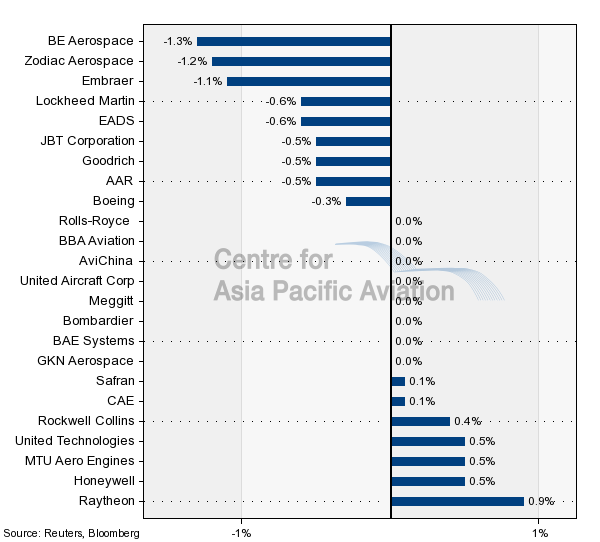