The likelihood that Boeing will move to develop an all-new replacement for the B737 is increasing, with Boeing CEO and Chairman, Jim McNerny, commenting that the company has a bias towards developing a new jet, to debut near the end of this decade or the beginning of the next. The B737 is the manufacturer’s best-selling product, with 508 ordered last year.

Shares in Boeing were flat, while EADS shares gained 0.4%. Bombardier shares were down 1.1%, while Embraer shares dipped 1.2%. 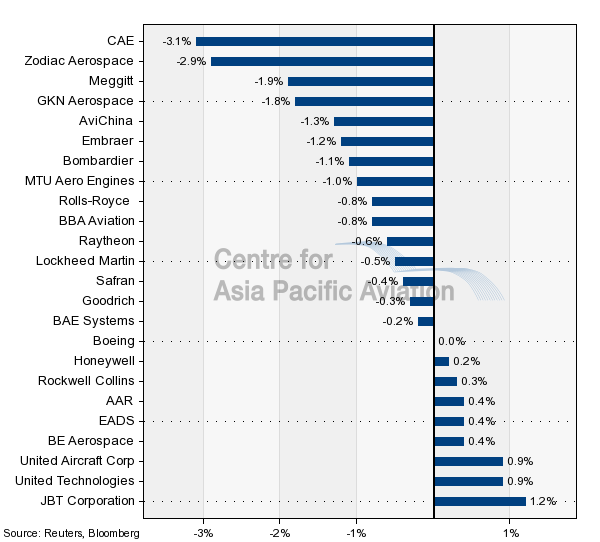