Boeing signs off on aircraft deliveries to China; airlines pressing for B787 delivery schedule

Boeing received final approval from the Chinese Government confirming a USD19 billion agreement for 200 aircraft. The approval covers orders for B737 and B777 aircraft, to be delivered over three years between 2011 and 2013.

The agreement helps Boeing maintain and expand its market share in the world's fastest-growing commercial aircraft market. Over the next 20 years, Boeing projects that China will require 4330 new aircraft worth more than USD480 billion, with China expected to be Boeing's largest commercial customer.

Not everything has been positive for Boeing, with several airlines quizzing the manufacturer over B787 delivery schedules. All Nippon Airways is pressing Boeing for draft delivery details of all 55 of its B787s on order, while Boeing stated it has informed Qantas the delivery of its first B787s will be delayed by up to six months. Korean Airlines is in discussions with Boeing over its B787 order, with the airline reportedly facing a 10-month delay for its deliveries. 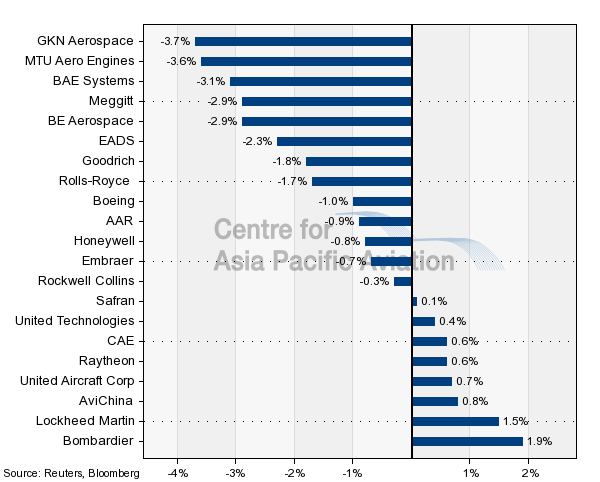