Boeing confident in order backlog, but shares drop as markets continue to dive

Stocks continued to slide around the world on Thursday, but Boeing has stated that its sizable order backlog and the slowly improving global economic situation will insulate it from the crisis.

According to Boeing Commercial Airplanes CEO, Jim Albaugh, Europe’s debt woes will not have an impact on what's happening elsewhere. Boeing sees an improving business environment, although it is not yet “robust”. Lower oil prices and sliding commodity values are also acting in Boeing’s favour, though the plummeting euro is helping rival, Airbus. 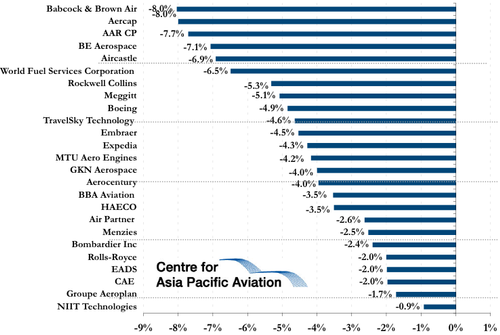