RC021 will be used primarily for testing the various interior systems, including heating, venting and air conditioning, smoke detection and galleys. In addition, Boeing will conduct fuel consumption and function and reliability tests on the aircraft. The B747-8 Intercontinental flight-test programme will perform approximately 600 hours of flight testing. Boeing's shares advanced 0.9% yesterday. 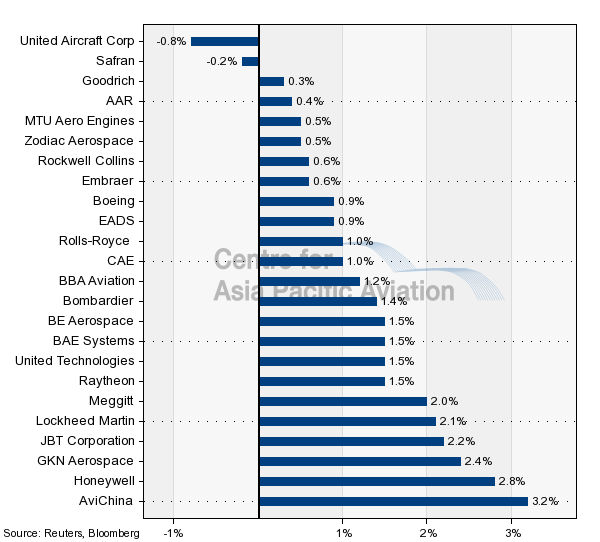