Boeing announces another increase for B737 production – Suppliers Share Wrap

The increase is due to the positive combination of a strong order backlog and continuing orders for the B737. The narrowbody aircraft market was stronger than anticipated through 2008 and 2009, mostly thanks to the counter-cyclical expansion strategies pursued by many LCCs.

B737s orders account for 79 of the 149 gross orders for Boeing this year, and 72 of the 115 net orders. Over the past eight years, B737s have accounted for a little over two thirds of net orders at Boeing. 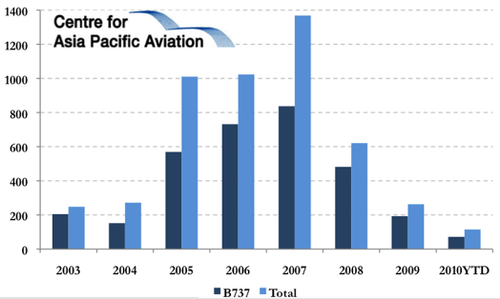 The production increase "acknowledges the anticipated long-term growth in this market segment and the continued pressure to raise...output to match expected market demand", according to the manufacturer. The increase raises Boeing’s narrowbody output to close of that of Airbus, which announced in Mar-2010 that it would increase A320 output from 34 to 36 aircraft per month by the end of 2010.

It also casts more doubt on whether new-engines for the B737 are a necessity. With more than 3,000 B737s in Boeing’s order backlog, and the aircraft continuing to attract new orders, the business case for a re-engined B737 becomes less clear-cut. The threat of the Bombardier CSeries has yet to be realised in large ordering, while the new Irkut and Comac narrowbodies, both featuring new engines, are several years off, even if those programmes suffer no delays. 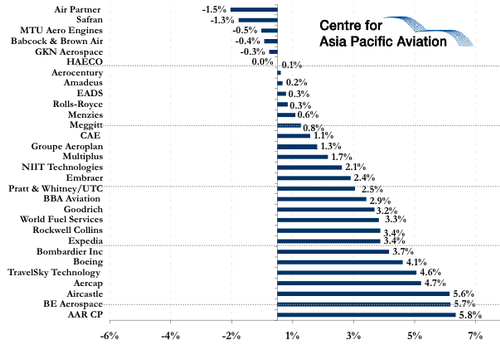