Boeing and Airbus weigh up narrowbody replacements and engine decisions

Neither Boeing or Airbus are planning to replace their existing narrowbodies until well after 2020, with a decision on the timing of all new narrowbodies to influence the current debate on new engines for the B737/A320.

Boeing CEO, Jim McNerney, stated late last week that the time-frame for an all-new B737 replacement will affect its decision on whether it moves on putting new engines on its current narrowbody. A 2025 timeframe for the new aircraft makes the business case for new engines more attractive. Mr McNerney believes if Boeing was to offer a new narrowbody design by 2020, customers would wait for it “no matter what Airbus does”.

Airbus had planned to announce its decision on a new engine for the A320 at the Farnborough Air Show, but has delayed this decision until later in 2010. Airbus reportedly has less installation issues for new engines, with its A320 featuring three engine types from three different manufacturers. However, EADS CEO, Louis Gallois, stated recently that a “new concept engine” is needed to justify a new airplane.

Airbus COO, John Leahy, commented last week that the European manufacturer may not launch an A320 replacement until as late as 2027. The manufacturer is waiting for “game changing” engine, system and airframe technologies to come on-stream, in order for it to deliver the enhancements that its customers are demanding.

Likewise, Boeing is working to flow technology developed for the B787 into a new narrowbody. Both Airbus and Boeing are still assessing new engine technologies. Pratt & Whitney is offering its PW1000G, formerly known as the geared turbofan, while CFM International has its LEAP-X programme.

Bombardier has been heavily promoting its PW1000G-powered CSeries as having a 20% fuel burn benefit over similar sized aircraft, 10-15% of which is derived from the new engines.

Irkut and Mitsubishi have also chosen versions of the engine for their new aircraft programmes. The Irkut MC-21 programme will allow Pratt & Whitney an opportunity to extend its PW1000G engine models to the 30,000 lbs thrust class. The current generation narrowbody engines generally deliver between 20,000 and 30,000 lbs of thrust.

Engineering and technology developments aside, the other issue for Airbus and Boeing is financing the new aircraft. Putting new engines on older airframes is a cheaper option, but it also puts the large narrowbody backlogs at risk. 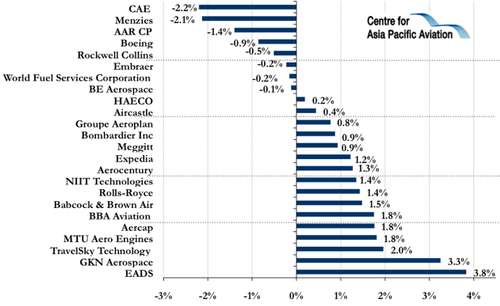