More production cuts from commercial aircraft manufacturers are expected in 2010, but the recent success of airlines, particularly in North America, in raising fresh capital has prompted some market analysts to speculate that the reductions may not be as sharp as first anticipated.

A recent aerospace industry survey by Bloomberg indicates that the market believes Boeing and Airbus may cut narrowbody production by up to 30% by 2011. EADS CFO, Hans Peter Ring, cautioned that airlines did not have the opportunity to build up sufficient capital to insulate themselves from the leaner Winter period.

However, neither Airbus or Boeing have announced any further production cutbacks for 2010 at this stage. Both are sitting on record order books. Airbus hinted last week that it could still cut production rates in 2H2010, but much depends on its customers, and the coming Winter will be “critical”.

The two manufacturers are due to deliver close to 1,000 aircraft between them in 2009, beating a record of 914 deliveries set in 1999. At the same time, airlines are suffering from overcapacity, driving yields down and affecting their bottom lines.

Still, one third of the Bloomberg survey respondents see Airbus cutting narrowbody production back by just 9% by 2011, to 31 per month. A similarly shallow reduction, “in the 10% range”, was forecast in FTN Capital Markets’ recent outlook for the aircraft manufacturing market, making it “one of the mildest [original-equipment] boom/bust cycles”.

Meanwhile, Mitsubishi Aircraft Corporation’s Mitsubishi Regional Jets (MRJ), programme got a major shot in the arm over the weekend, after the company signed a Letter of Intent with Trans States Holdings (TSH) for an order of 100 MRJs, comprising 50 firm orders and 50 options. TSH is an airline holding company that owns and operates Trans States Airlines and GoJet Airlines.

Mitsubishi plans to capitalise on the order and use it to further ramp up its international sales activities. 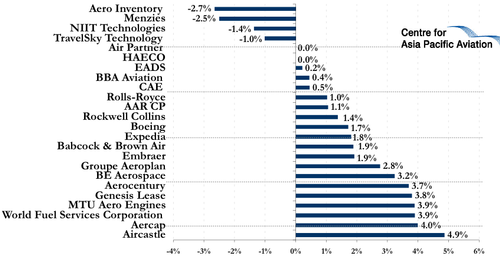