Boeing and Airbus deliver a combined 230 aircraft in 1Q2010, but orders still lag

Boeing and Airbus delivered a combined 230 aircraft in the first three months of 2010, but orders are still lagging deliveries. The two manufacturers have taken a combined 160 orders so far in 2010.

The Chairman of Airbus' parent EADS, Bodo Uebber, stated that the company is viewing 2010 as a “transitional” year between losses and profit, but still hopes that airlines can turn around their performance and report good results this year.

Boeing delivered 108 aircraft in 1Q2010, some 13 less than in 1Q2009, when the manufacturer was clearing the backlog of demand caused by the machinists strike in late 2008.

Of the deliveries, 87 were B737NGs, three were B767s and 19 were for the B777. Boeing’s orders have also been heavily in favour of the B737, with the manufacturer taking 75 orders for the narrowbody, and 25 orders for its new B787. However, Boeing continues to suffer from cancellations, losing four B737s, three B777s and ten B787 orders in the first three months of the year.

The result is that Boeing’s net orders for the year to date have dropped to 83. Several of Boeing’s big orders early this year are confirmations of orders from 2009, with United Airlines finalising a deal for 25 B787s and Virgin Blue completing a firm order for 50 B737NGs. Virgin Blue additionally has 25 options and 30 purchase rights.

Airbus’ orders have not been as strong as its US rival, but neither has it been affected by cancellations. The European manufacturer has taken orders for 11 A320 family aircraft, 24 A330s (including two of its new freighter version) and 25 A350s (with United Airlines formalising the order it announced last year). The strong widebody ordering compensates somewhat for the slower pace of overall ordering witnessed by the manufacturer. Just six customers (Hawaiian Airlines, Hong Kong Airlines, Malaysian Airlines, United Airlines, Yemenia Airlines and an unidentified customer) have placed orders with Airbus this year.

Airbus delivered 122 aircraft over the first three months of 2010, more than double the number of orders it took. The A320 family dominated deliveries, with an even 100 taken by airlines. 18 A330s and one A340 were delivered in the period, while three A380s went out, one to Qantas (a hangover from 2009 deliveries), one to Emirates and one to Air France. Airbus announced yesterday that it would delay delivery of Korean Air’s initial A380 from Dec-2010 to 2Q2011. The manufacturer still hopes to deliver 20 A380s this year, with the majority of deliveries to occur in 2H2010.

In trading on Thursday, EADS shares closed 3% lower, while Boeing's shares were up 0.3%. Embraer shares dipped 0.1%, while Bombardier's shares were down 0.9%.

Elsewhere in the aviation supply chain, GE Aviation will invest CAD63.5 million dollars over the next six years to diversify its product line at the GE Aviation manufacturing plant in Bromont, Quebec. The plan is part of a package that includes CAD13.3 million from the Strategic Support for Investment (PASI), managed by Investissement Québec which was announced yesterday by Québec Premier Jean Charest and Minister of Economic Development, Innovation and Export Trade Clement Gignac.

The investment, expected to add 80 jobs to the current complement of 545, will be in new technology for the manufacture of new aircraft engines components, such as fan blades metal leading edges, low-pressure turbine blades and compressor blades and vanes for the next generation of aircraft engines. Parts manufactured in Bromont are made for various commercial and military aircraft engines, including the CFM56 and the GEnx.

"Investments in new technology are essential if we want to remain competitive. With support from the Government of Quebec, GE Aviation is enhancing its capabilities, increasing productivity and developing new products for global markets," said Elyse Allan, President & CEO, GE Canada. 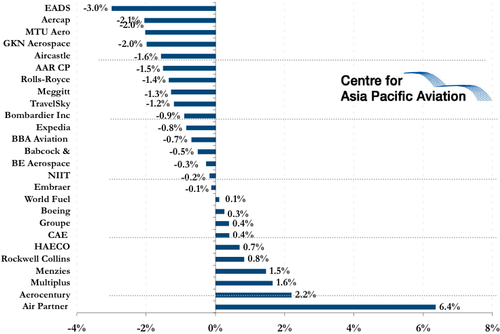